Started on January 6, 2020, the construction which is one of the key projects of Hanoi is 1.5km long and 51 meters wide with a total investment of more than VND 402 billion.

The project is expected to maximize the investment efficiency of Ring Road No. 3, Hanoi - Hai Phong expressway and Co Linh road, contribute in reducing traffic, shortening the journey and promoting socio-economic development of the capital.
On the same day, the second-phase construction of Vinh Tuy bridge spanning Hong (Red) River in Hanoi has been also kicked off with a total investment capital of VND2,538 billion (US$109 million) sourced from the city’s budget.
The work will have the same shape as the first one with four lanes. The center of the bridge’s second phase pararell the center of the current one about 21.25 meters from the Hong River downstream.
It will start from the intersection of Tran Quang Khai-Nguyen Khoai-Minh Khai streets in Hai Ba Trung district and end at the crossroads of Long Bien and Thach Ban streets in Long Bien district. 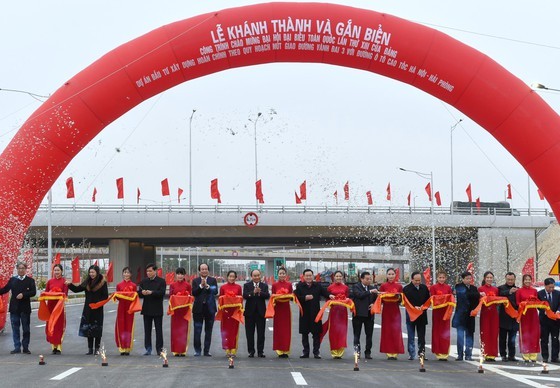 Prime Minister Nguyen Xuan Phuc cuts the ribbon to inaugurate the work on connecting the Ring Road 3 with the Hanoi - Hai Phong Expressway is opened for public on January 9. 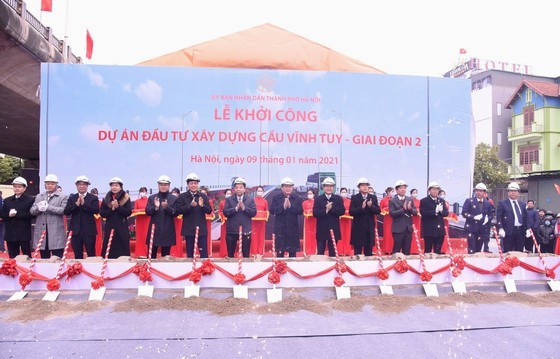 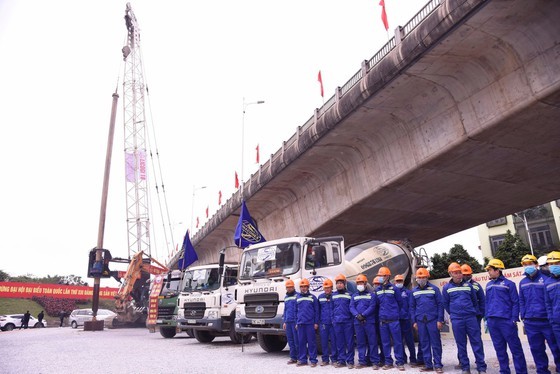 Construction workers at the building site