The two leaders sat down for their working lunch.
Earlier this morning, General Secretary of the Communist Party of Vietnam Central Committee and President Nguyen Phu Trong held talks with US President Donald Trump, who arrives in the capital for the second summit between the Democratic People's Republic of Korea (DPRK) and the US. 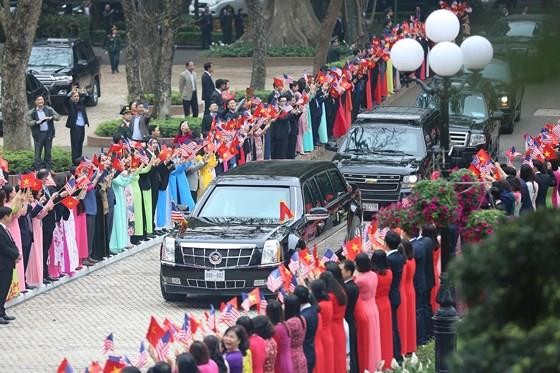 The US President's fleet of armored vehicles enter the Government Office in Hanoi. 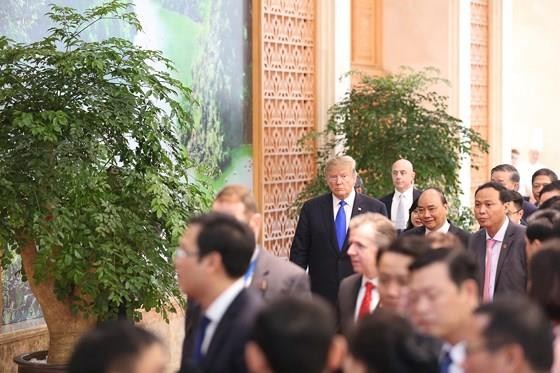 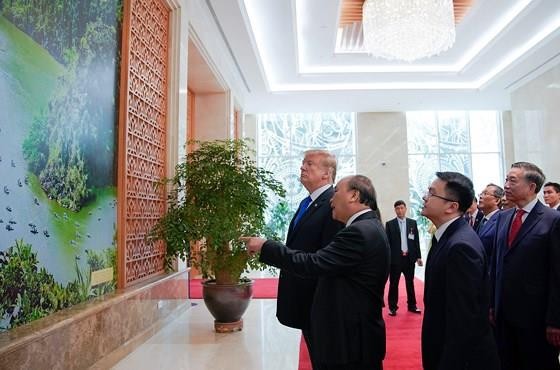 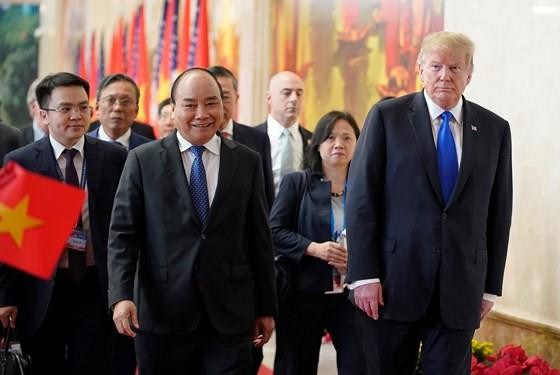 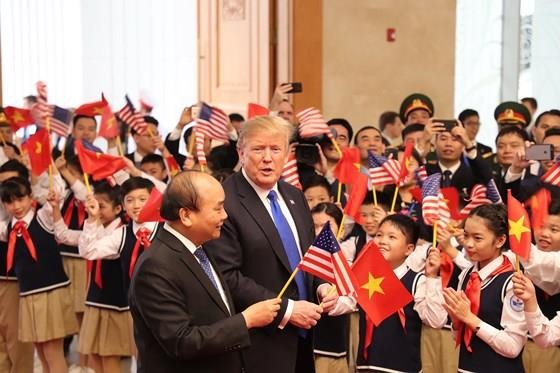 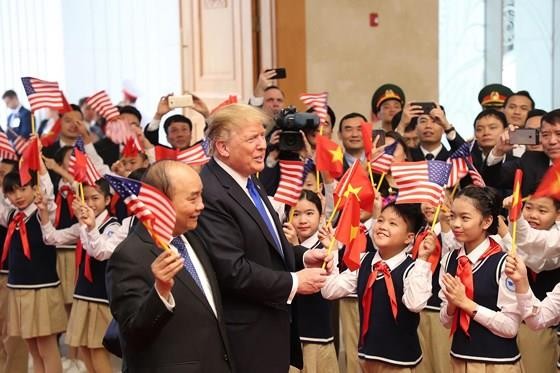 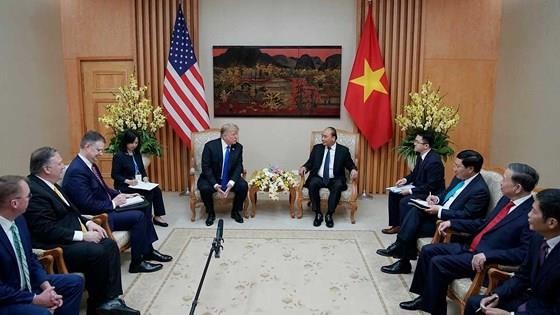 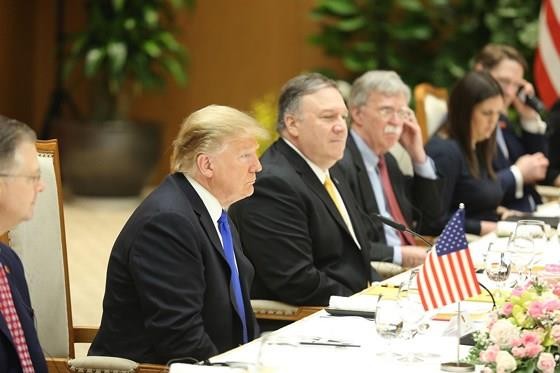 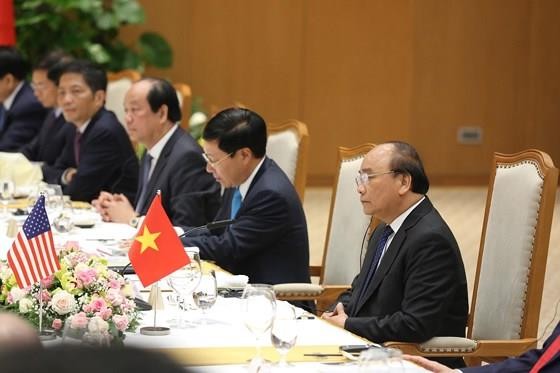 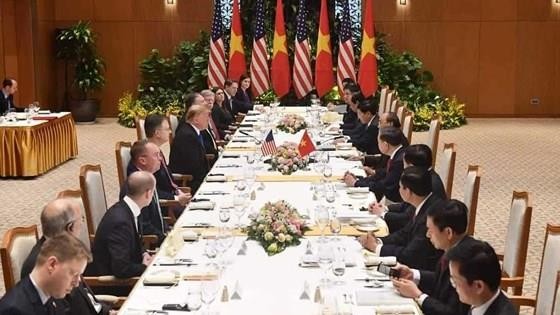 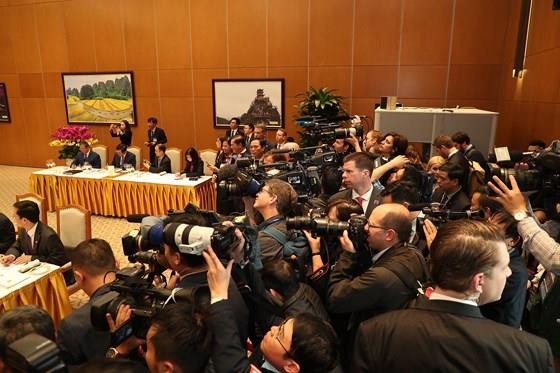