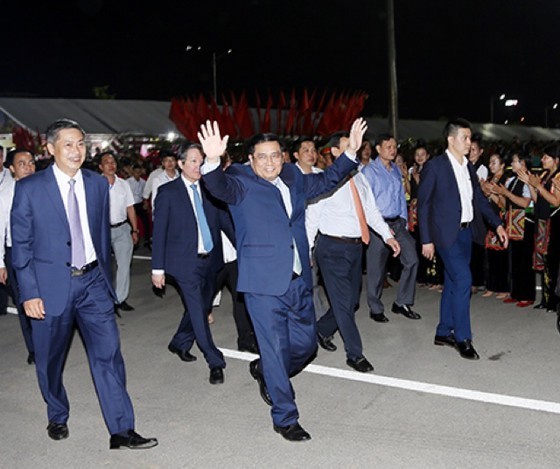 Prime Minister Pham Minh Chinh attends Vietnamese Fruit and OCOP (One Commune One Product) Festival 2022in Son La on May 28. (Photo: SGGP)
He visited sections of the Hoa Binh – Moc Chau (Son La) expressway and Na San airport, and inspected the planning of the Moc Chau national tourist site.
Approved by the PM in May 2019, the expressway runs from Ky Son ward in Hoa Binh city of the northern province of the same name, to Phieng Luong commune in Son La’s Moc Chau district, with a total length of about 85km.
After hearing reports by leaders of Son La and Hoa Binh provinces, relevant ministries and agencies, Chinh agreed to shift the project’s investment form from the public-private partnership (PPP) to public investment. 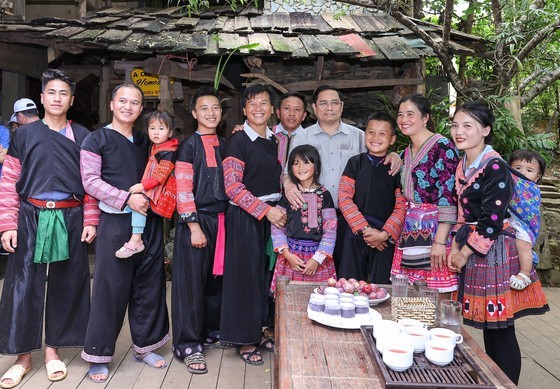 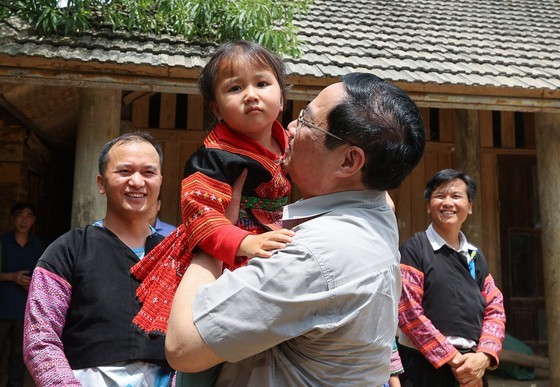 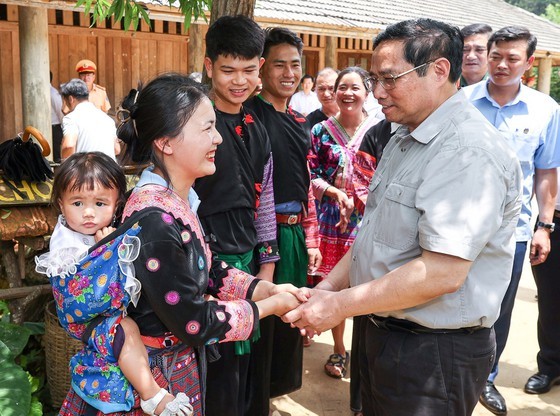 Prime Minister Pham Minh Chinh visits local residents in Van Ho commune, Son La province (Photo: SGGP)
Hoa Binh and Son La – the main investors – should closely coordinate with ministries and agencies, especially the ministries of transport, planning and investment and finance to remove obstacles relating to investment procedures, he requested.
At Na San airport in Son La’s Mai Son district, the leaders asked ministries, agencies and Son La province to coordinate in mobilizing investment in the PPP form.
The airport, 300 kilometers northwest of Hanoi, was built in 1950 by France. During the war, the airport was used as an entrenched fortification of the French army. In the 1960s, the airport was renovated to serve travel demand in the northwest region but was closed thereafter. It was re-opened for a decade, since 1994 before remaining idle until now.
Covering 498.67ha, the airport is designed to serve both civil and military purposes, with an annual capacity of handling 1.5 million passengers by 2030.
It is included in the national aviation transport development plan by 2020 with a vision towards 2030 under the PM’s Decision No. 236/QD-TTg dated February 23, 2018. 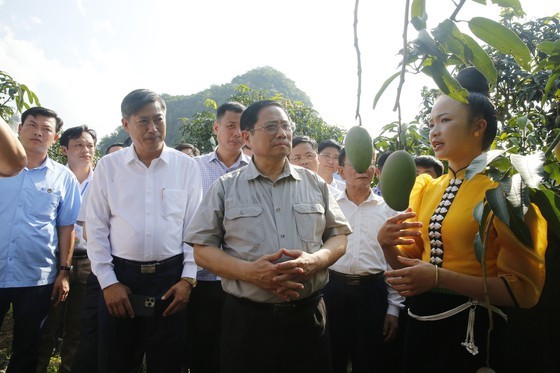 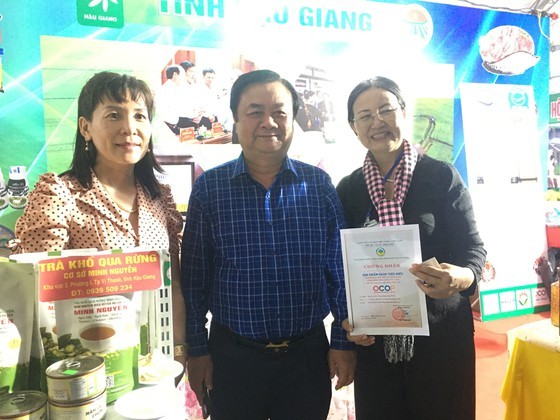 Minister of Agriculture and Rural Development Le Minh Hoan (C) visits a stall of Hau Giang Province at the Vietnamese Fruit and OCOP (One Commune One Product) Festival 2022. (Photo: SGGP)
Meanwhile, the Moc Chau tourist site is expected to become a driving force of tourism in the northern midland and mountainous region. It is located in Moc Chau and Van Ho districts with a total area of 206,150ha.
Chinh asked Son La to take action to attract resources in the project, especially in the PPP model, saying the State will be in charge of infrastructure construction.
On this occasion, the PM visited a community-based tourism model run by an ethnic minority household in Van Ho commune.