Thanking them for participating in the event, the PM emphasised that their cooperation remains extremely important to Vietnam. Vietnam has studied cases of several deltas in Europe and other parts of the world and looked into models, practices and lessons learned from many countries, he said, it is important to not only boost economic cooperation but also foster experience sharing in climate change response in deltas.
He underscored the significance of resources to the development of the Mekong Delta in the face of severe natural disasters, saying he hopes foreign partner countries and international organisations will work alongside Vietnam to create new resources.
The PM also urged for further expanding partnership in human resources training, foreign direct investment and protection of rivers, particularly downstream areas in Vietnam and regional countries which are vulnerable to actions in upstream areas.
He emphasised the importance of international cooperation in protecting cross-border rivers, saying that he wants to receive opinions and learn from experience of other countries.
Representatives of development partners and organisations, meanwhile, highly appreciated Vietnam’s efforts to promoting sustainable and climate-resilient development of the Mekong Delta through the issuance of the Government's Resolution 120/NQ-CP in 2017 and its hosting of the conference.
They also demonstrated a strong commitment to cooperating with and supporting Vietnam in this area. 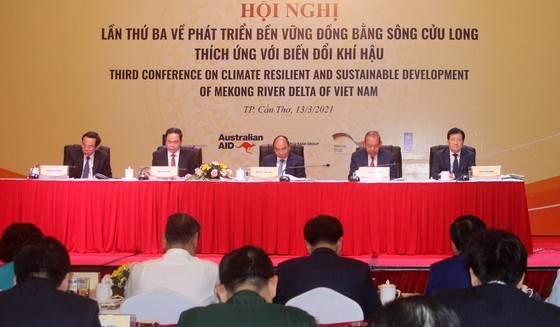 At the conference (Photo: SGGP) 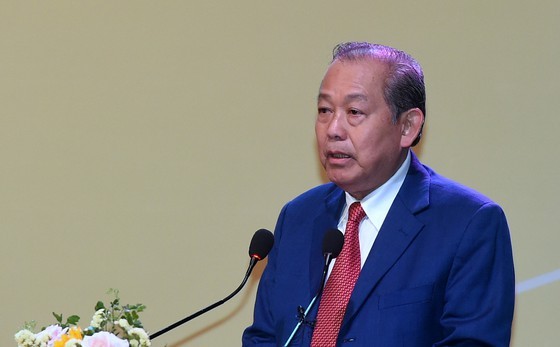