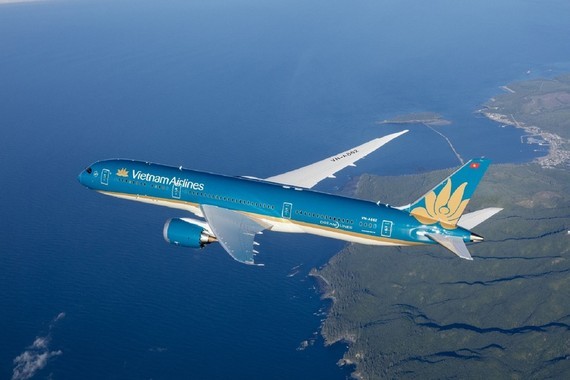 Accordingly, the flight departed from the capital city of Hanoi to Haneda, Japan this morning got a notice from the cabin crew that a child experienced a nosebleed after one hour and 45 minutes of taking off. The crew members promptly gave medical emergencies to the kid.
However, the young passenger got a non-stop nosebleed so the cabin crew decided to come back to Noi Bai International Airport to receive ground-based medical support.

At Noi Bai International Airport, relevant units were ready for immediately accessing to the flight and the passenger was promptly taken to a hospital in Hanoi.

Chief flight attendant Doan Thi Kim Tho said that it would be unsafe or even dangerous for the passenger to continue the five-hour flight without doctors so the cabin crew were forced to come back to timely give emergency aid to the passenger.

At the current time, the passenger’s health is stable and being monitored at the hospital. The Japanese passenger is ten years old traveling with mom and sister.

The flight departed 275 minutes late over schedule, affecting the travel plan of 145 other passengers on the flight.  For this reason, Vietnam Airlines had implemented a detailed plan for passengers, including rebooking new tickets, providing hotel service in Hanoi, or transporting passengers to their house.