The Phan Thiet – Dau Giay Expressway is one of the three sub-projects under the North-South Expressway to the East in the period of 2017 – 2020 along with two sub-projects of Vinh Hao – Phan Thiet in Binh Thuan Province and Mai Son – The National Highway No.45 in Thanh Hoa Province. 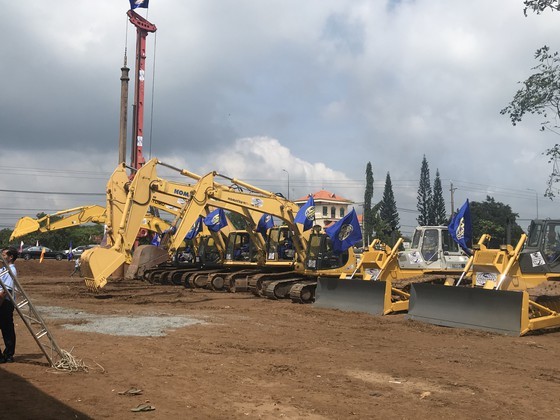 The tail of the express will connect to the HCMC- Long Thanh- Dau Giay Expressway.

Project Management Unit Thang Long (PMU Thang Long) under the Ministry of Transport is responsible for project implementation and management.

The Phan Thiet - Dau Giay Expressway is built according to A-class standard with its maximum speed of 120 kilometers per hour.

The initial phase of the project has its scale of four lanes with the total adjusted investment of nearly VND12,578 billion (around US$543 million). Of which, the construction cost is VND7,201 billion (US$301 million).  After the project is built, there will be six lanes for vehicles.

According to the Ministry of Transport, three sub-projects are expected to be put into the exploitation at the end of 2022 along with other sub-projects which will be completed step- by-step on the North-South Expressway to meet needs of transport and connection with economic centers.