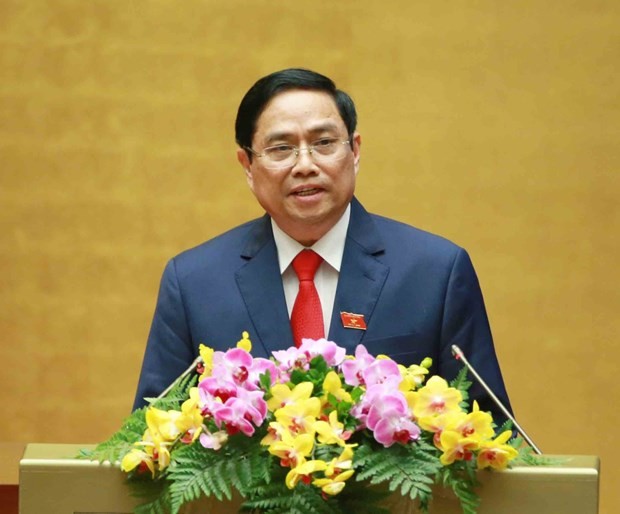 Newly-elected Prime Minister Pham Minh Chinh delivers the inauguration speech on April 5 afternoon (Photo: VNA)
The resolution won over the support of 462 of the 466 legislators present at the sitting, equivalent to 96.25 percent of the total NA deputies, and took effect immediately after the adoption.