They expressed their profound gratitude to heroic martyrs who dedicated their lives to the struggle for national liberation and reunification, for the sake of national independence and freedom of the Fatherland and well-being of the people.

Seventy four years ago, President Ho Chi Minh designated July 27 as the Day of Invalids and Martyrs to remind the entire Party, armed forces and people to uphold the tradition of “when drinking water, remembering its source”, contributing to the enhancement of the great national unity bloc and public trust in the Party and State. 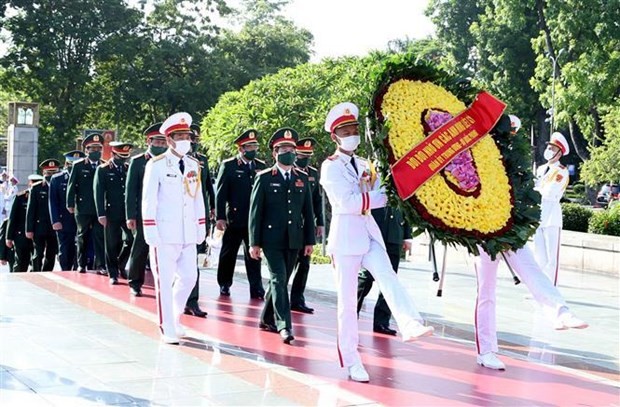 At the President Ho Chi Minh Mausoleum, the leaders expressed their immense gratitude to the late leader for his dedication to the Party and nation’s glorious revolutionary cause.