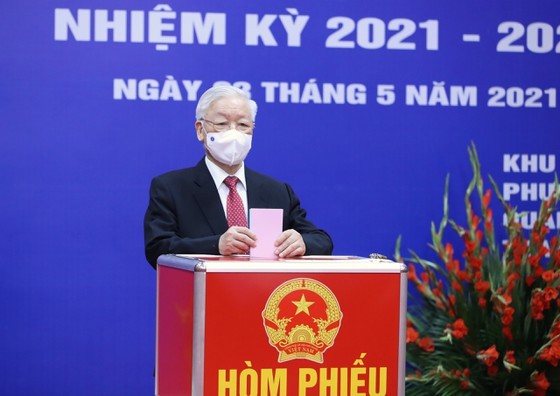 Party General Secretary Nguyen Phu Trong casts his vote in the elections of deputies to the 15th National Assembly (NA) and all-level People’s Councils for the 2021-2026 term. (Photo: SGGP)
The Polling Station No.4 has more than 1,200 voters, including the 90-year-old Hoang Thanh Tuyen who is the eldest voter in the voting unit. Deputies and voters witnessed the vote counting and ballot box sealing at the site after election. 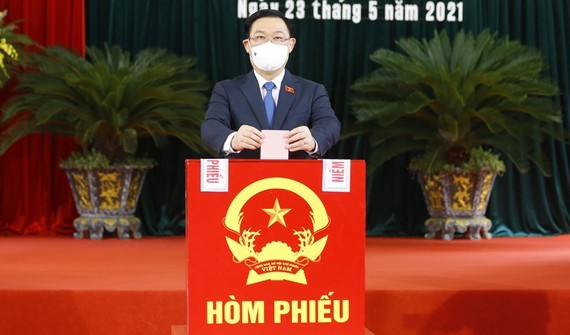 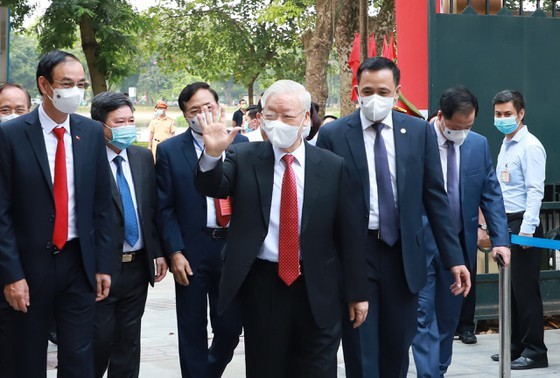 Party General Secretary Nguyen Phu Trong arrives in the Polling Station No.4 at 6.30 am on May 23.
The pandemic prevention and control measures have been strictly tightened to ensure safety the election and participants at the polling site.
The Party leader expressed his happiness on the implementation of the citizen rights and duties together with 5.4 million voters in the capital.
Speaking at the event, he said that 500 deputies to the 15th NA, nearly 4,000 deputies to provincial-level People’s Councils, and over 240,000 others to communal-level People’s Councils for the 2021-2026 tenure will be chosen by around 70 million voters in the 15th general elections.
The elections also aimed to mark 35 years of renewal, the successful completion of the Five-year Socio-economic Development Plan in 2016 - 2021 tenure, the 131st birthday of President Ho Chi Minh (May 19, 1890), the success of the 13th National Party Congress and Party congresses at all levels. 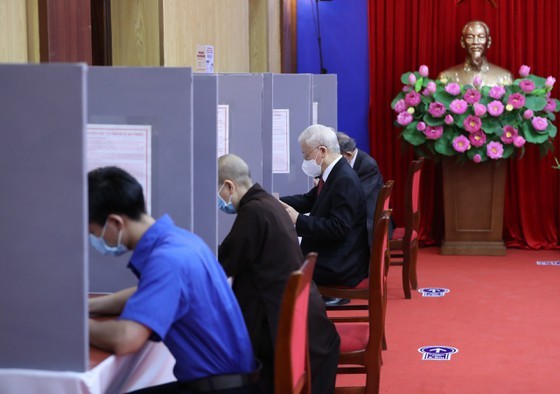 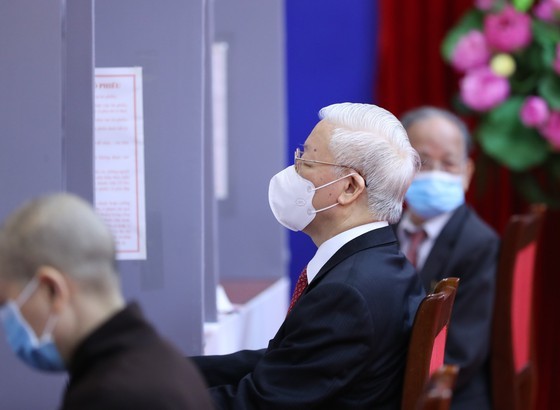 The Party leader is thinking of choosing deputies. 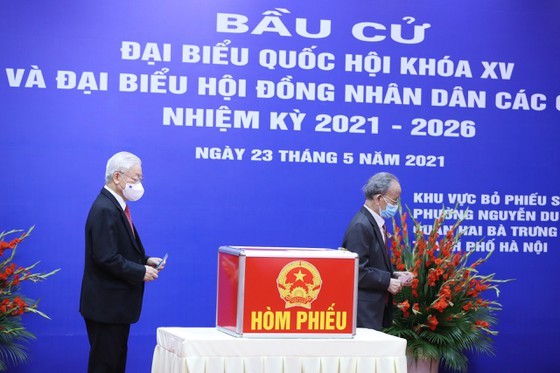 Voter Hoang Thanh Tuyen , 90 , (R) is the eldest voter in the voting unit. 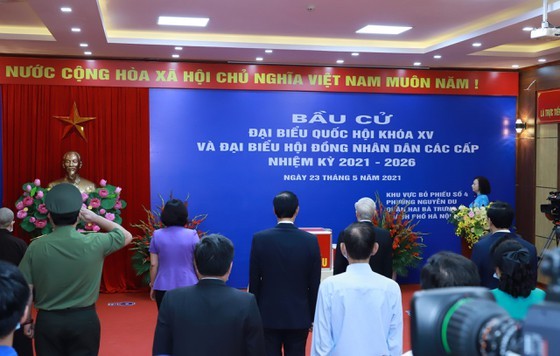 At the opening ceremony of the election 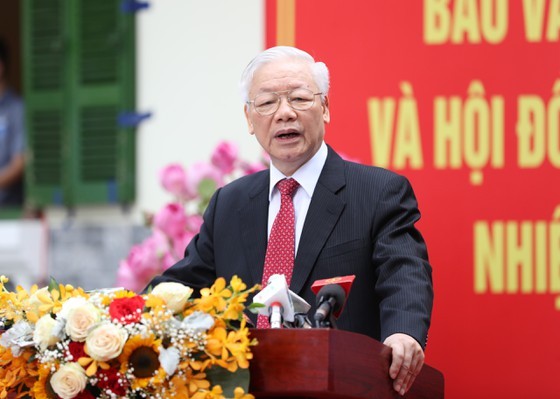 By Do Trung, Quang Phuc – Translated by Kim Khanh