Speaking at the 11th Ho Chi Minh City Party Congress for 2020-25 term, Vietnamese Prime Minister Nguyen Xuan Phuc urged HCMC to turn the city into a smart city over the next five years and an international financial hub in Southeast Asia in the future.

Moreover, HCMC should rise to become a major center for education-training, science-technology, and culture, and maintain its role as the economic locomotive for the country’s southern key economic zone.
Prime Minister Phuc also emphasized that HCMC authorities should focus on building and planning the city in the period 2021-2030 with the vision to 2050.
According to Chairman of the city People’s Committee Nguyen Thanh Phong, the city economy has grown positively. The city posted an annual gross regional domestic product (GRDP) growth of 7.72 percent in the period 2016 - 2019 making up over 22 percent of the country’s gross domestic product. It is estimated GRDP will rise to 6.41 percent in the period 2016 - 2020.
Average labor productivity in HCMC is 2.6 times higher than the country’s. The city’s budget collection contributes on average 27 percent of the state’s annual budget collection in 2019. HCMC has had plan to develop into regional and international finance center.
The city Party Committee has been determined that the city will be smart city by 2025. With its potential and advantages, HCMC should maintain its position as the leading economic hub in the country and help stimulate the economic development of the southern region; quality of life of the local residents has also improved.
The HCMC government has set a target for its annual GRDP per capita at some US$8,500-9,000 by 2025. It is hoped the figure will reach US$13,000-14,000 by 2030 and US$40,000 by 2045.
With the vision to 2045, the city seeks to become an economic and financial hub in Asia and an attractive destination with sustainable development, offering optimum living conditions for the residents with its annual GRDP per capita at some US$40,000.
For the tenure 2020-2025, the city defined to develop its economy on the basis of applications of science and technology, creativeness and increase in labor productivity alongside synchronous solutions to develop private economy and establishment of giant corporations. 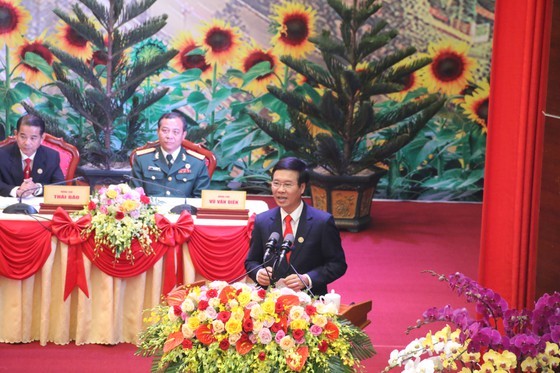 Vo Van Thuong, Secretary of the Party Central Committee and Chairman of its Commission for Information and Education, speaks at the 11th Party Congress in Dong Nai Province (Photo: SGGP)

Elsewhere in the country, Vo Van Thuong, Politburo member, Secretary of the Party Central Committee and Chairman of its Commission for Information and Education attended the 11th Party Congress in the Southern Province of Dong Nai for 2020-25 term.
He hailed the province’s accomplishments as well as expressed the province to become one of economic centers of the South region and the country’s key economic.
He wanted Dong Nai authority to make breakthrough in infrastructure, human resource training, administrative reform as well as adopt scientific and technological applications and improve activities of industrial parks and high-quality service areas to make use of operation of Long Thanh airport and highway projects.
At the same time, at the 11th Party Congress in the Mekong Delta Province of Ben Tre, Standing Deputy Prime Minister Truong Hoa Binh wanted the province to improve traffic infrastructure more, administrative improvement, and development of trained employees. 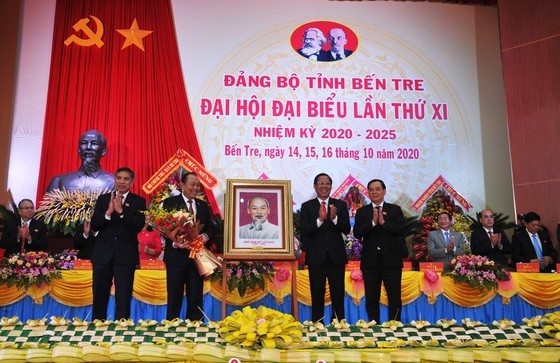 In addition, Ben Tre should raise value of agricultural products with market orientation for the stability of the province’s socioeconomic foundation while processing and manufacturing industries - energy industry and tourism will help the province to make fast progress.
Meanwhile, Secretary of the Party Central Committee and head of the Party Central Committee’s Inspection Commission Tran Cam Tu directed the Party Committee in the Mekong Delta Province of Tra Vinh to focus on producing a socioeconomic plan with the long-term vision in parallel with the country’s and the region’s planning.
He required the province to promote fish breeding and exploit sea port service as well as restructuring agricultural production sustainably with adoption of technology .
Attending the 11th Party Congress in the Southern Province of Tay Ninh, President of the Vietnam Fatherland Front Central Committee Tran Thanh Man said that the province’s achievement. The province’s annual GRDP per capita averagely achieve 7.2 percent slightly higher than the country’s average level.
Moreover, the province has collected nearly VND10 trillion (US$ 430.2 million ) for its state budget in 2020 and its per capita income has reached $3,135 this year nearly 1.51 times higher than in 2015. Noticeably, export revenue in the 2016- 2020 period reached $19 billion mostly from industrial exports. However, Mr. Man stressed that the provincial authorities must do more to have residents’ trust.
At the same time, Head of the Party Central Committee’s Mass Mobilisation Commission Truong Thi Mai spoke at the 11th Party Congress in the Mekong Delta Province of Bac Lieu that she was impressed by the low proportion of poverty households of 1 percent in 2019 and residents’ living condition was improved much.
She proposed the province to restructure its agriculture sector with focus on application of high-tech and attention to climate change. The with its advantage of a coastal province, Bac Lieu is suitable for fish breeding to turn the province into the center of the national shrimp industry. 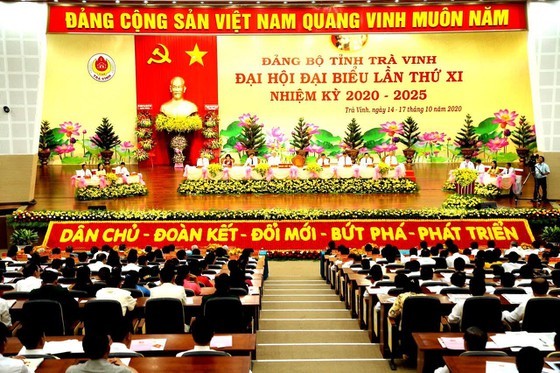