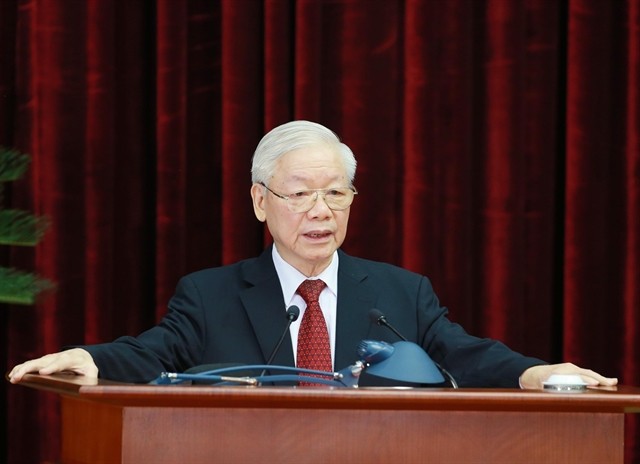 Party General Secretary Nguyen Phu Trong delivered the opening speech.  (Photo: VNA)
At the plenary session chaired by Politburo member and Prime Minister Pham Minh Chinh in the morning, delegates discussed a report reviewing the implementation of the 2021 socio-economic development plan, the draft scheme on 2022 socio-economic development, the State budget 2021 and State budget estimate 2022, and the 2022-2024 financial-budget plan.
They also looked into the delay of salary reform policy in accordance with Resolution No.27-NQ/TW adopted by the seventh plenum of the 12th Party Central Committee, a report on Covid-19 prevention and control, as well as policies, tasks and measures in the near future.
In the afternoon, they debated in groups a report on the five-year implementation of the 12th Party Central Committee’s Resolution No.04-NQ/TW dated October 30, 2016 on strengthening Party building and rectification, preventing and driving back degradation in political thought, morality and lifestyle, manifestations of “self-evolution” and “self-transformation” among members, as well as regulations on taboos by Party members. 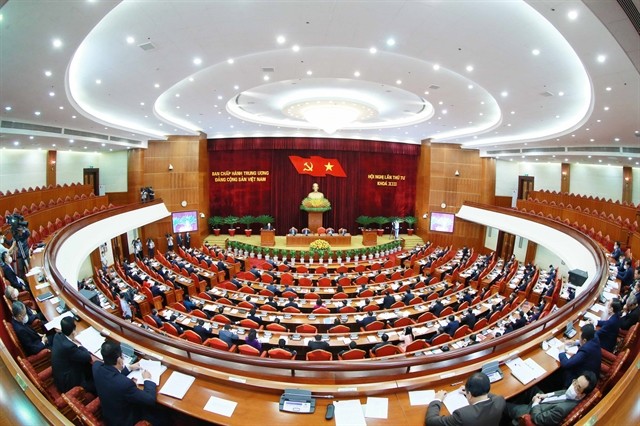 At the meeting (Photo: VNA)