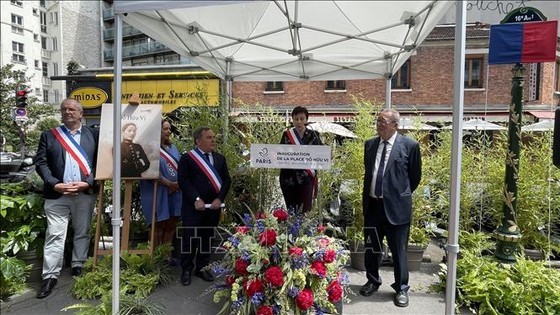 Do Huu Vi Square is located at the intersection between Versailles Avenue and Quai Louis-Blériot, 16th arrondissement, overlooking the Radio France headquarters and the Grenelle Bridge.
Mr. Do Huu Vi (1883-1916) was a Vietnamese national, who was one of the first pilots of the French army. Although Do Huu Vi was Vietnamese, he made his career in the French air force and died in the Somme Bay during World War I.

He was honored by France as one of more than 300 people of overseas origin and the only Asian-origin person to be included in the exhibition “Portraits de France” at the “Musée de l'Homme in Paris” at the beginning of the year.