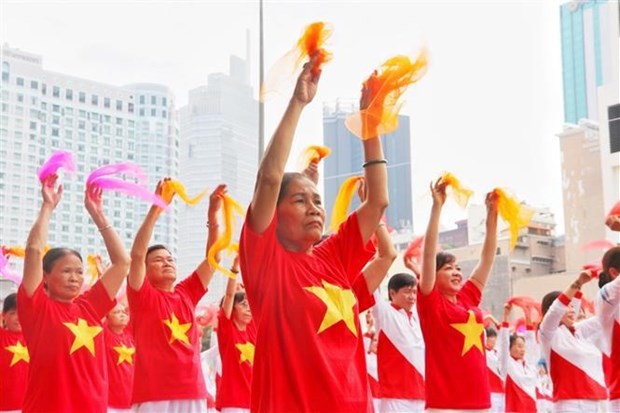 They are members of Qi Gong exercise clubs for seniors from across the southern city.
The event was part of a series of events in response to this ongoing Action Month for the Elderly.

Vice Chairman of the Vietnam Association for the Elderly Huynh Thanh Lap said it aimed to encourage senior citizens to exercise and live a fruitful life.

The event was recognised by the Vietnam Records Organization (VietKings) as the largest Qi Gong and Yoga mass performance ever held in Vietnam on the occasion.