By secret ballot, 446 or 92.92 percent of the 452 deputies present at the plenary sitting voted for the resolution on the relief, which will take effect when a new PM is elected.

On behalf of the parliament, Chairman Vuong Dinh Hue thanked Nguyen Xuan Phuc for the latter’s performance over the past years. 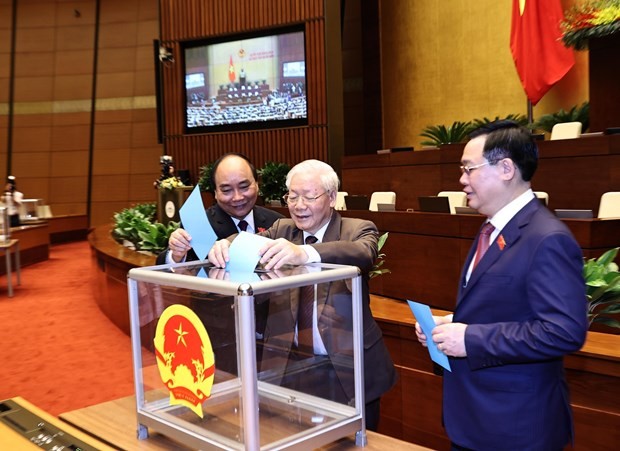 At a recent press conference, NA Secretary General and Chairman of the NA Office Nguyen Hanh Phuc said PM Nguyen Xuan Phuc was proposed to be elected the President of Vietnam, and that this is the first time an incumbent PM was nominated for the State Presidency.