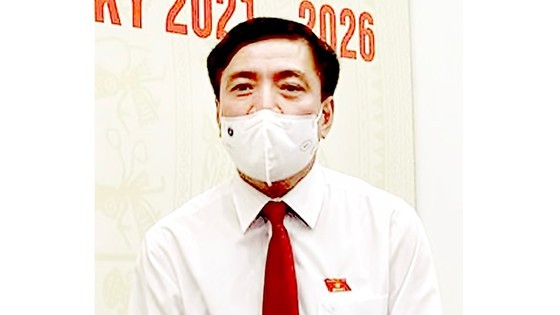 Accordingly, General Secretary Bui Van Cuong explained that such a high percentage of participation in the election displays a strong determination and sense of duty of Vietnamese citizens in building a law-governed socialist nation.

In addition, all preparation tasks for the election, including innovative propagandizing campaigns and public security maintenance, as well as Covid-19 prevention methods (e.g. raising the awareness of the public, equipping voting locations with sufficient medical materials) have been effectively done throughout the country.

Citizens in lock-down areas all were supported to fulfill their election right. All Vietnamese people showed their eagerness, pride, and trust in the Central Party when taking part in this important event.

Leaders of the Party, State and the localities such as the Party General Secretary, the Prime Minister, the State President, the Chairperson of the National Assembly attended the opening ceremonies of the election in several local areas, greatly boosting the election spirit among the public.

Many regions in Vietnam were able to finish the election earlier than expected, with a significantly high participation proportion.

When being asked about the result announcing time, the General Secretary cited Article No.73 in the National Assembly and People’s Council Deputy Election Law, issued in 2015, saying that the ballot counting task must be done immediately after the completion of the election at 7pm on the same day (9pm at the latest in certain special cases).

Right now, several regions have finished this important task. The election result of each voting location is calculated on the number of valid ballots, and is formally recognized only when over a half of the listed voters in that area took part in the election (except for the case of re-election, which can accept the re-election result even when less than a half of the listed voters participate in that re-election).

The winners must be those whose number of votes reach over a half of the valid ballot quantity.

In the case that the number of candidates getting over a half of the valid ballot quantity in one voting location is higher than the number of regulated deputies for that location, the winners are those with the highest votes among those favorable candidates.

In the case that the number of candidates getting over a half of the valid ballot quantity in one voting location is higher than the number of regulated deputies for that location and their total votes are equal, the older ones are the winners.

Based on the post-election reports of all voting locations in the country, the National Election Council will announce the election results, along with the list of new National Assembly deputies, 20 days after the election day at the latest.

Similarly, the results of the election for People’s Council deputies at all levels will be publicized no later than 10 days after the election day.