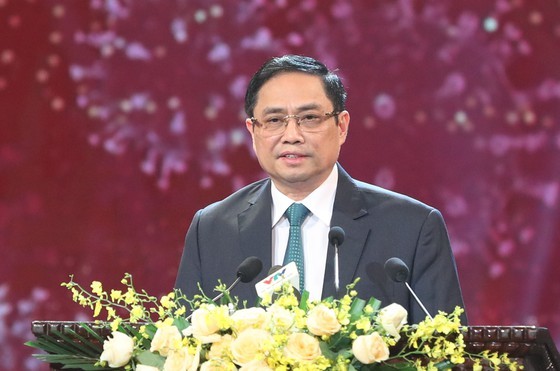 Prime Minister Pham Minh Chinh speaks at the launching ceremony of the vaccine fund. (Photo: SGGP)
In his remarks, Chinh said the fund was established to mobilise social resources for the purchase and import of vaccines as well as for research, development and production of domestic vaccines.
Though Vietnam has been one of the most successful countries in the world at containing the COVID-19 pandemic as evidenced by low infection and death rates, the pandemic is still evolving with new strains first found in India and the UK behind the recent surge of domestic cases in Vietnam.
In order to return life to normal, the Party and State set the goal to administer free vaccines to all people to soon achieve herd immunity, considering it a fundamental, long-term, strategic and decisive solution to get rid of the pandemic, he said.
The Government leader said that the consensus of the people is key to beat the pandemic and return to a normal, peaceful, and safe life.
He urged subordinate levels to promptly create favourable conditions for all individuals and organisations to make contributions to the fund.
As of 8pm on June 5, the fund, which was approved by the Government on May 26, had received VND1.036 trillion (US$45 million).
Speaking at the launch ceremony, Minister of Finance Ho Duc Phoc said his minstry, which is in charge of the vaccine fund, has established a management board for the fund at the State Treasury and opened a bank account to receive support from individuals and organisations inside and outside the country.
The fund is a precious and important resource for the country to fight the pandemic and continue socio-economic development, he said.
According to Phoc, Vietnam needs 150 million doses of vaccines to administer about 75 percent of its population this year, with total cost amounting to VND25 trillion. 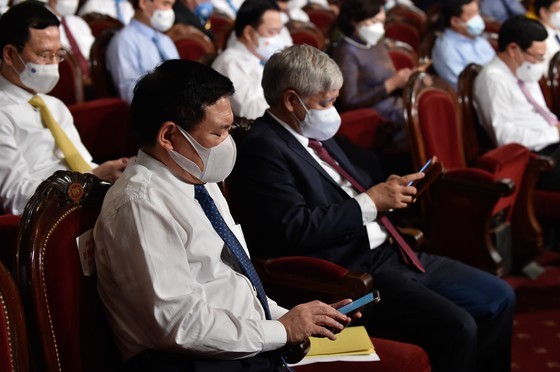 Leaders send  SMS messages to the National Humanitarian Portal 1400  to contribute to the fund. (Photo: SGGP) 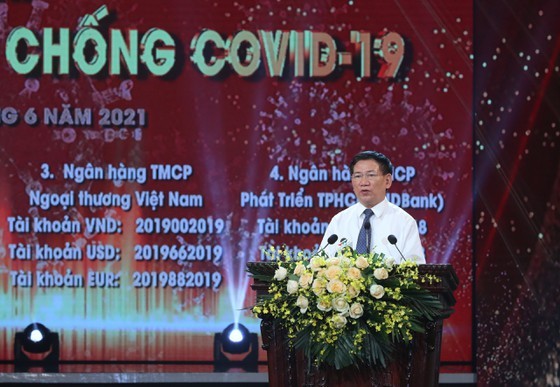 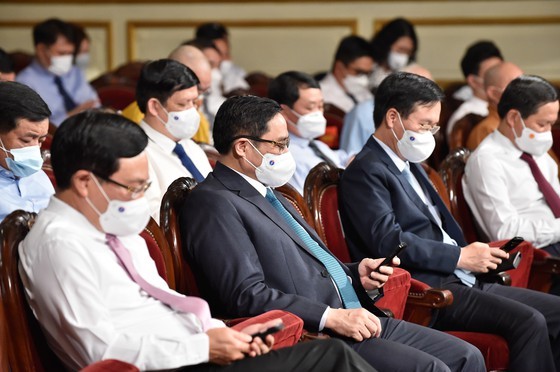 Prime Minister Pham Minh Chinh and delegates at the meeting  send SMS messages to the National Humanitarian Portal 1400  to contribute to the fund. (Photo: SGGP) 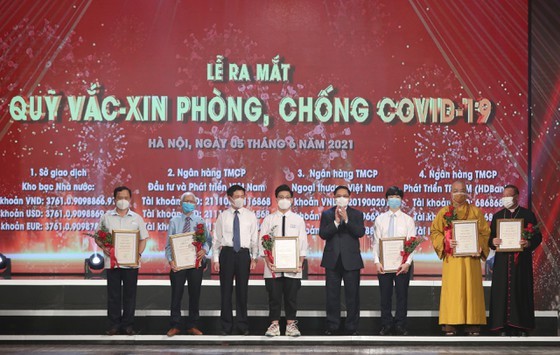 Prime Minister Pham Minh Chinh  and sponsors at the event 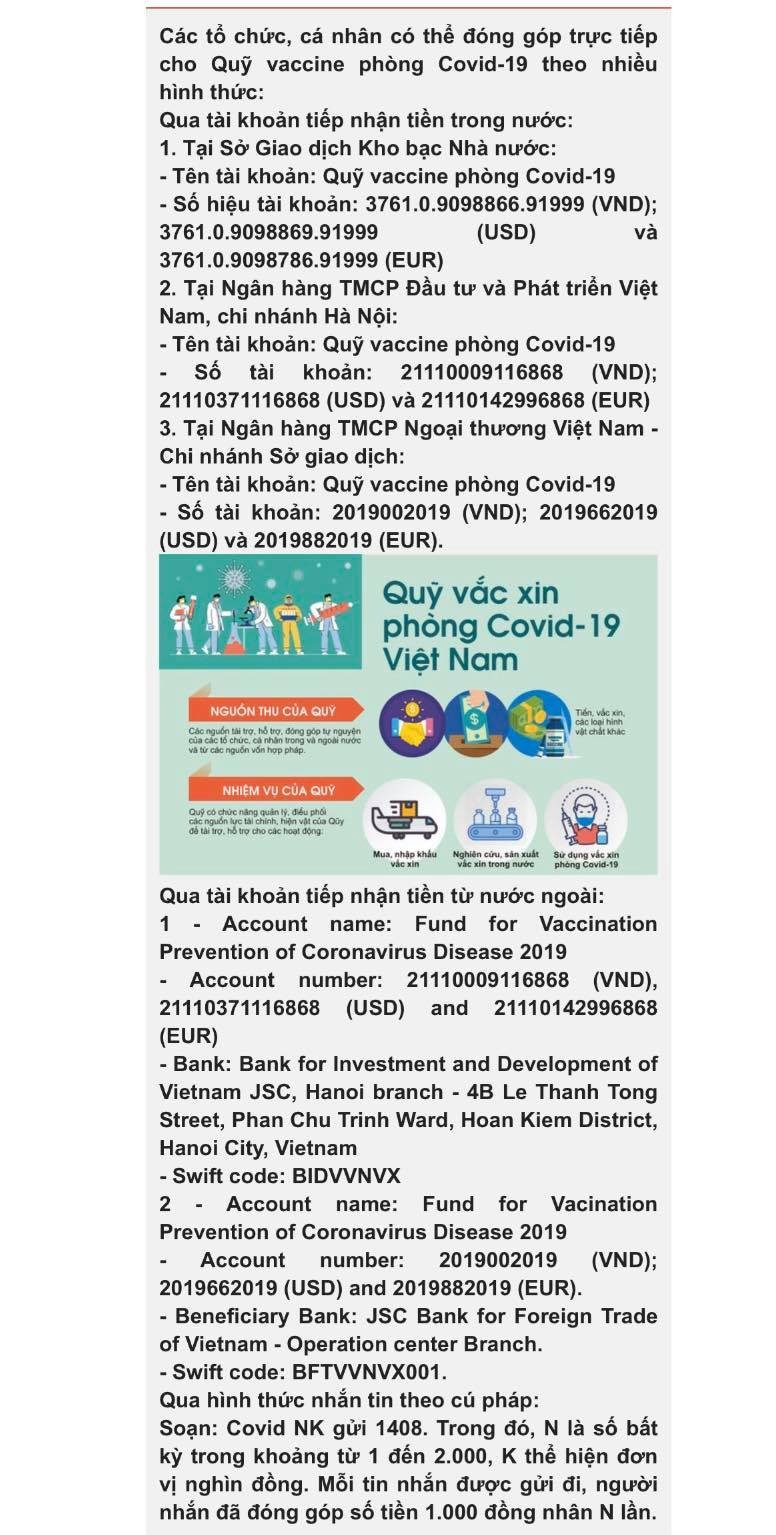