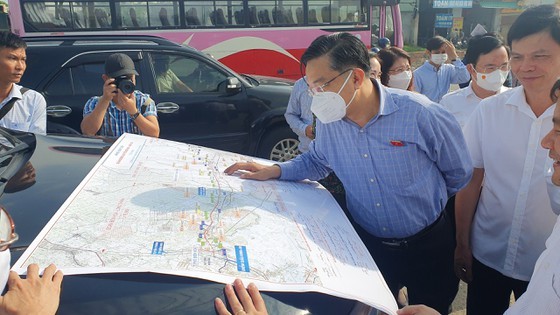 According to the leader of Dong Nai Province, the Southeastern province have to revoke nearly 373 hectares of land in Bien Hoa City and Long Thanh District for the project construction, and perform the resettlement support for 2,000 households. Besides, the site clearance for the entire route is expected to implement once in accordance with the completed investment planning.

The expressway will also travel through Ba Ria – Vung Tau Province with a total length of around 19.5 kilometers, and the compensation, resettlement support shall be expected to reach around VND1,333 billion (US$57.4 million). According to representatives of Ba Ria – Vung Tau Province, the province will have to revoke hundreds of hectares of land and the provincial functional forces had made statistics of current situation for local people housing and the resettlement plan for residents.

The Bien Hoa – Vung Tau expressway will not only connect the two localities but it shall contribute to traffic connectivity in the Southeast region, meeting the transport demand when the Long Thanh International Airport is put into exploitation. Therefore, the provinces of Dong Nai and Ba Ria – Vung Tau need to well prepare for the site clearance, and resettlement procedures serving for the project right after the National Assembly approves the investment policy.

The first phase of Bien Hoa – Vung Tau expressway project has its total length of 53.7 kilometers through provinces of Dong Nai and Ba Ria – Vung Tau with a design of four to six lanes which will be performed the site clearance once for the capacity of six to eight lanes as planned with a total investment of nearly VND18 trillion (US$775 million) under the public investment form.