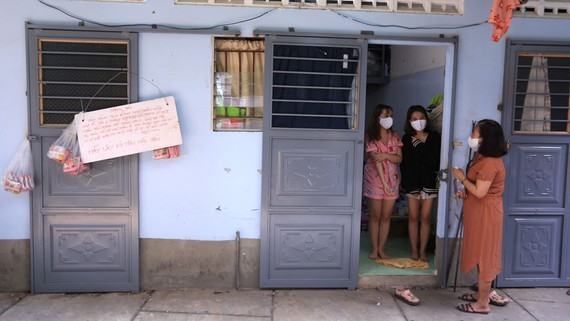 The requirement aimed to push up the progress of supporting rental houses for contract workers in accordance with Decision No.08/2002/QD-TTG.
Besides, the People’s Committees of localities are required to direct People’s Committees of the district level to assign and arrange officers and officials to receive, appraise and approve documents and timely deliver the support to contract workers as regulated.

Minister of Labor, Invalid and Social Affairs Dao Ngoc Dung stated that the localities had to complete the support by August 30. In addition, the ministry assigned the Department of Employment to arrange working teams to check the late disbursement of the financial support in localities; and the localities have been required to send reports on the spending progress every three days.

According to an update of the Ministry of Labor, Invalid and Social Affairs in the afternoon of August 18, there have been 60 out of 63 provinces and cities having enterprises and employees submitting documents to receive financial support for rental houses following Decision No.08, except for Lai Chau, Dien Bien and Cao Bang as the localities do not have appropriate subjects.