The organizer of the competition also awarded nine A prizes, 25 B prizes, 45 C prizes, and 32 consolation prizes. In which, the Sai Gon Giai Phong Newspaper won one C prize and one encouragement prize.
Speaking at the event, State President Nguyen Xuan Phuc hoped that journalists would make evey effort to implement upcoming duties, including promoting resolutions of the 13th National Congress of the Communist Party of Vietnam, State policies and laws.
In addition, the press must inspect the implementation of Party and State guidelines of governments at all levels, struggle against corruption, negative things of social life, and observe obligation and role of government officials and Party members as well as not let the self to fall by negative effects, he stressed. 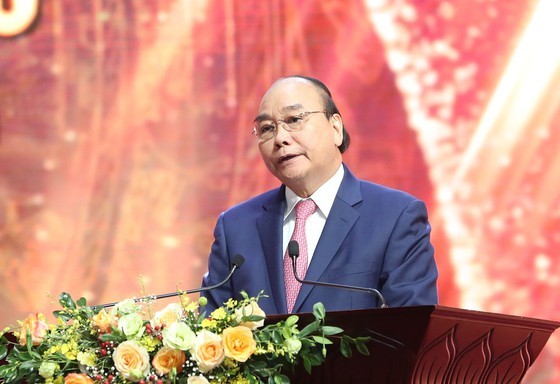 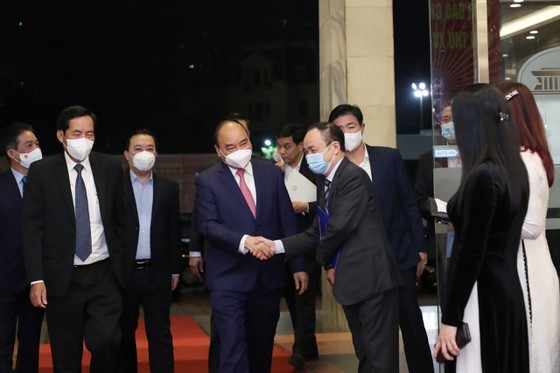 An art perfromance at the ceremony 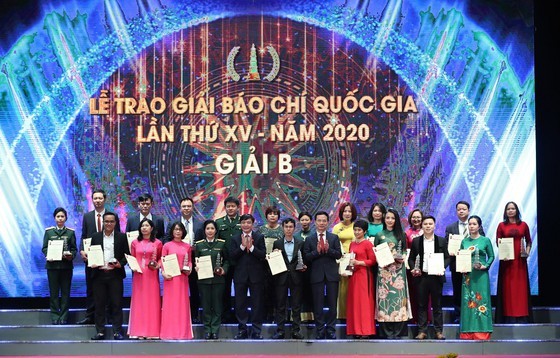 Winners of the B Prizes