Of which, the road projects are defined 3.8-kilometer first route spreading from the Long Thanh airport to Highway 51 being expected to be basically completed with a design of six lanes when the first phase of the airport project is put into operation in 2025. Besides, there are another 3.5-kilometer route linking the first route to Ho Chi Minh City - Long Thanh - Dau Giay Expressway with a scale of 4 lanes and the third route has a total length of 8.5 kilometers connecting Long Thanh airport to Dau Giay- Phan Thiet Expressway with a scale of six lanes which is expected to be finished in 2030.

The Dong Nai Provincial Department of Transport also proposed to expand the provincial route 763B spreading from Highway 56 in Cam My District to the intersection between Suoi Quyt district road and Phuoc Binh - Bau Can - Cam Duong route in Long Thanh District because they are major roads connecting the eastern districts of Dong Nai Province and contributing to reduce overload and congress for National Highway No.1, Highway 20 and Dau Giay intersection. 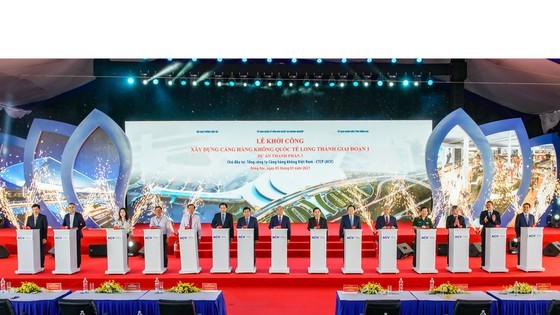