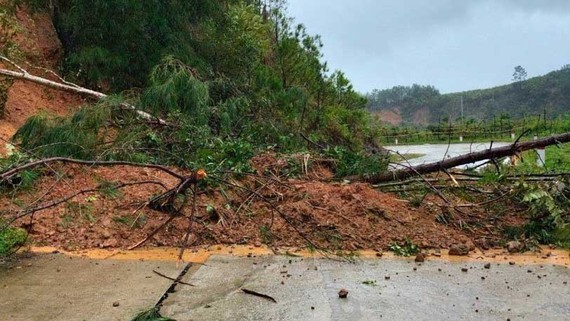 Mr. Hoang Trung Thong added that the biggest damage caused by rainstorms was road landslides. Accordingly, since yesterday afternoon, heavy rains have eroded Road 673 and the road from the town to Dak Nhoong.

After the incident, the district directed units to mobilize vehicles to bulldoze. Landslides on Road 673 had been tackled by last night. Traffic is cleared, so four communes, consisting of Muong Hoong, Ngoc Linh, Dak Choong, and Xop, are no longer isolated.

Currently, traffic from Dak Plo to Dak Nhoong remains blocked, so these two communes, with over 4,000 people, are still isolated.

Mr. Thong said that the district directed to mobilize vehicles to bulldoze to help clear traffic as soon as possible.

"Before the storm, the district instructed the People's Committees of the communes to hoard food, so when isolated, food was still enough to provide for people," said Mr. Thong.

* From the night of September 28 to the morning of September 29, in Nghe An province, heavy and torrential rains occurred, causing flooding and landslides in many places. 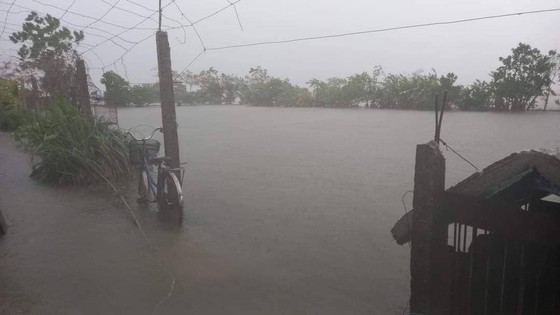 Heavy rains cause flooding in Quynh Doi Commune. (Photo: SGGP)
In the area of Quynh Luu District, heavy rains caused flooding. Water has poured into people's houses in the Quynh Doi, Quynh Tam, Quynh Hong, Quynh Giang, Quynh My communes, and Giat Town.
In Hamlet 4 of Quynh Tam Commune, in the face of the risk of a section of the dam breaking, local authorities had to use sandbags to fortify the dam body and relocate many households to a safe place.

On National Highway 48D, in the section of Eo Da in Quynh Vinh Commune of Hoang Mai Town, a large amount of soil and rock slid from the mountain, causing traffic jams. Fortunately, there were no injuries.

In Vinh City, heavy rains flooded some roads and caused rocks and soil from Dung Quyet Mountain to spill onto a house in Ngo Thi Nham Street in Trung Do Ward. Fortunately, at the time of the incident, the house was empty, but many properties, such as refrigerators, washing machines, gas stoves, tables, and chairs, were badly damaged.

According to the Department of Transport of Nghe An Province, until 10 a.m. this morning, 18 locations had had to be closed due to deep flooding. Of these, 11 are on national highways, and seven are on provincial roads.
Here are some pictures of the flooding in Nghe An Province: 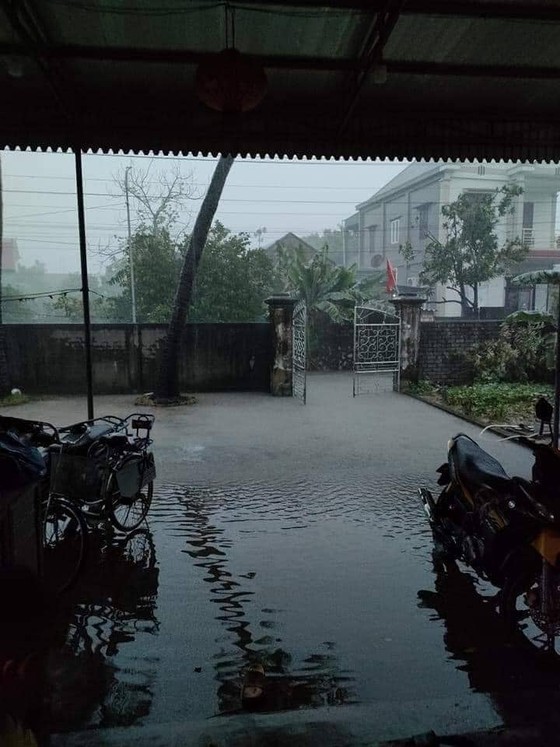 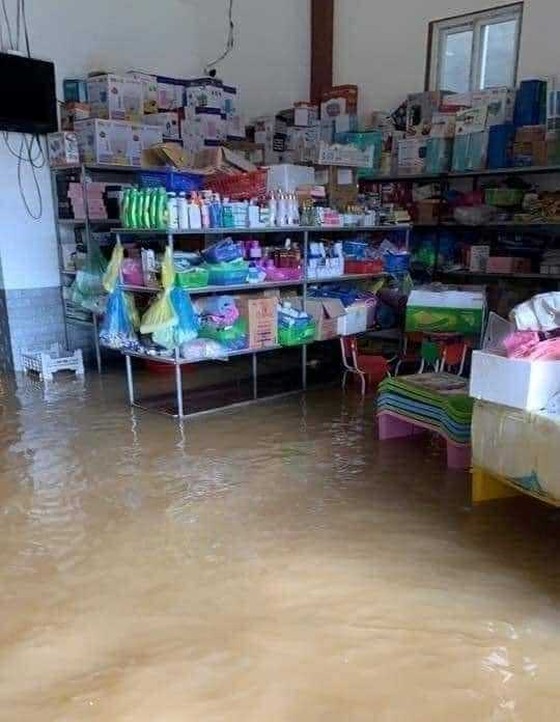 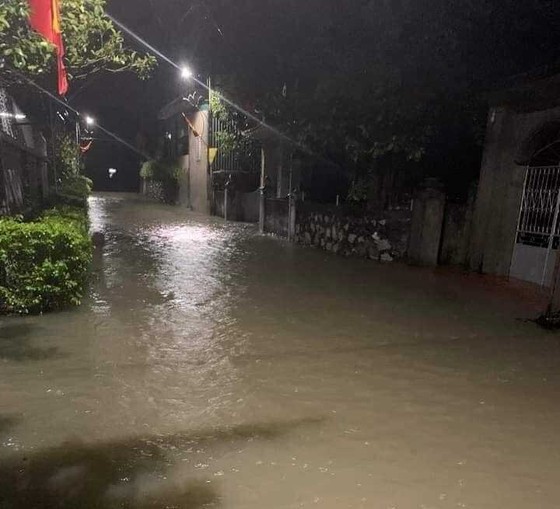 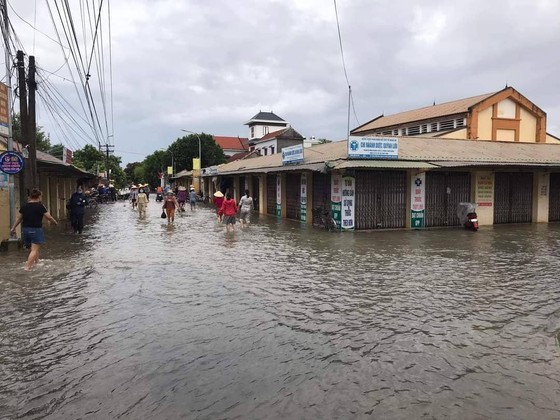 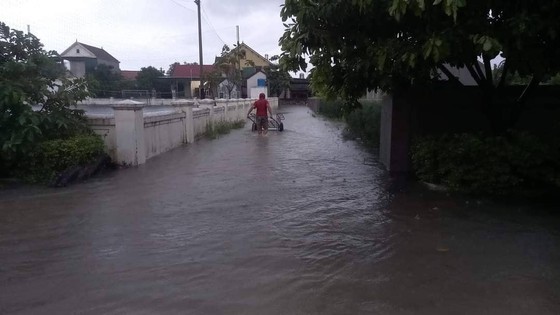 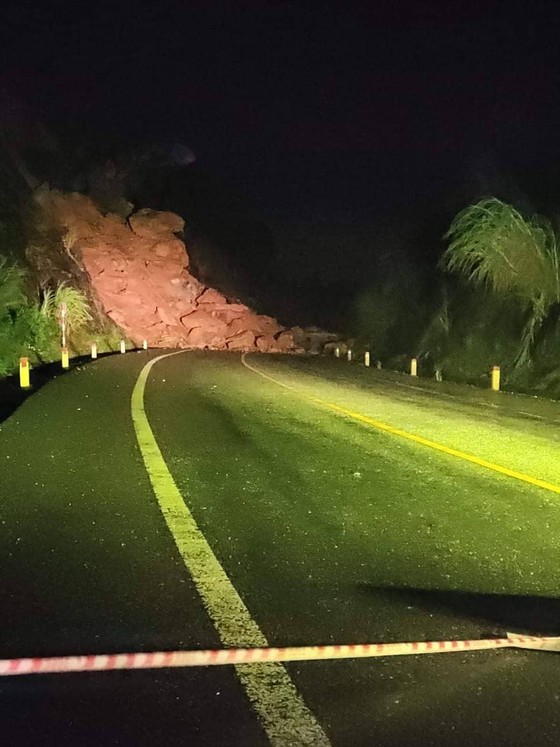 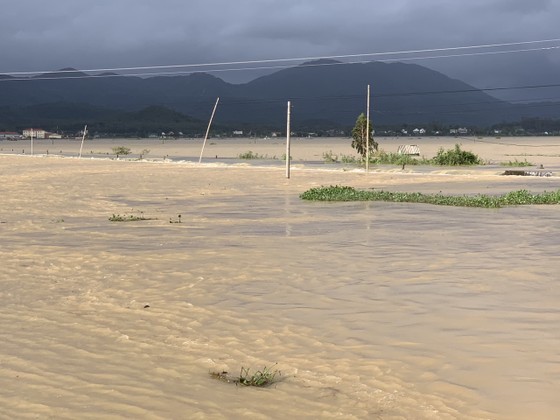 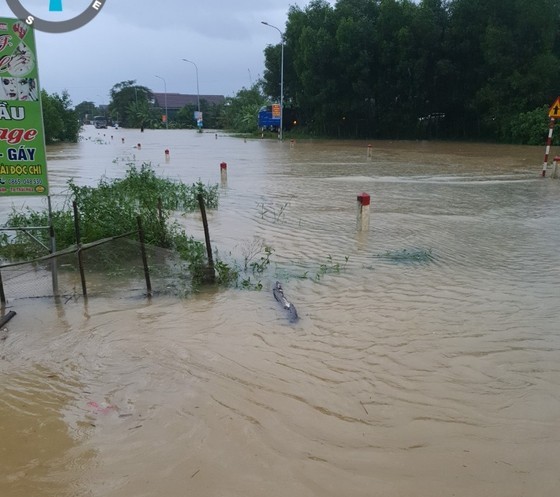 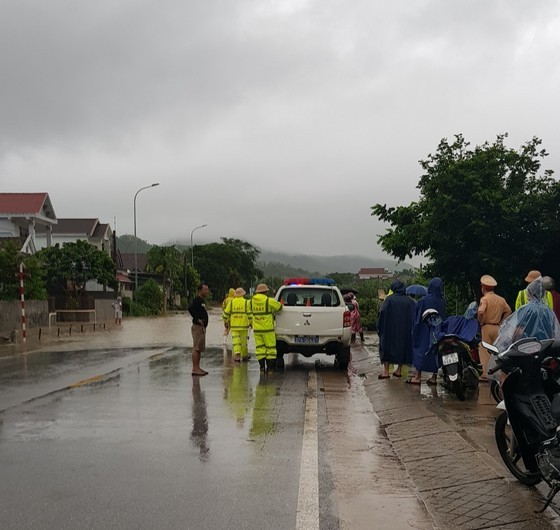 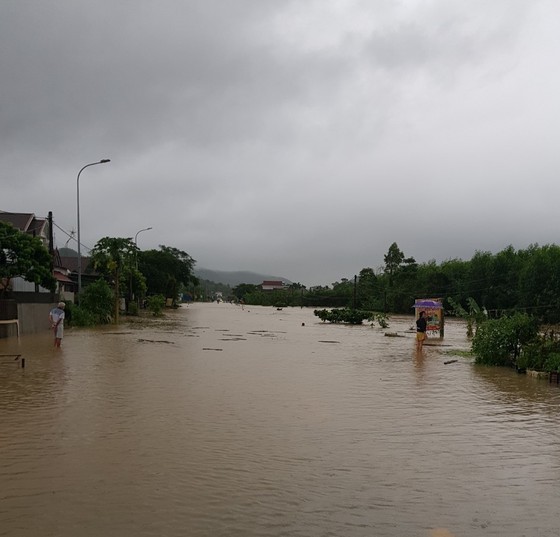 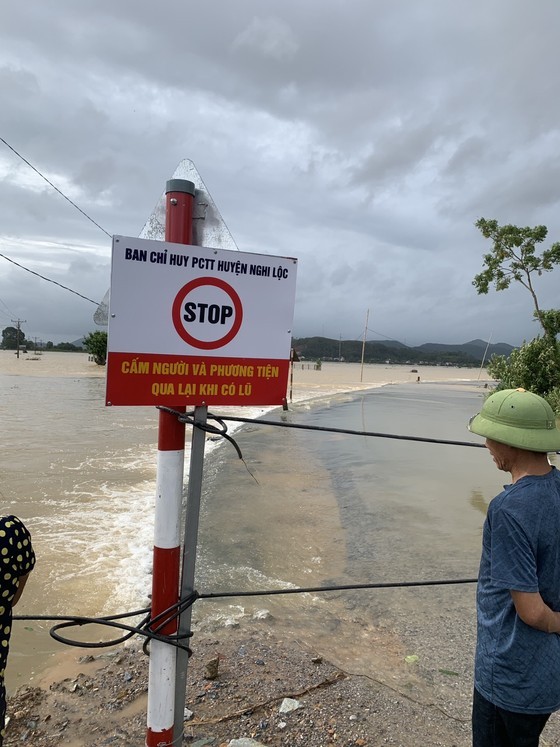 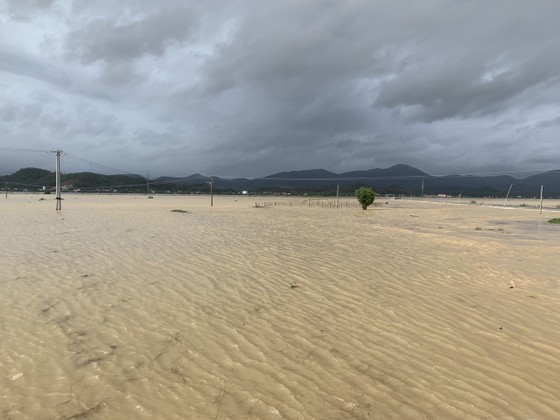 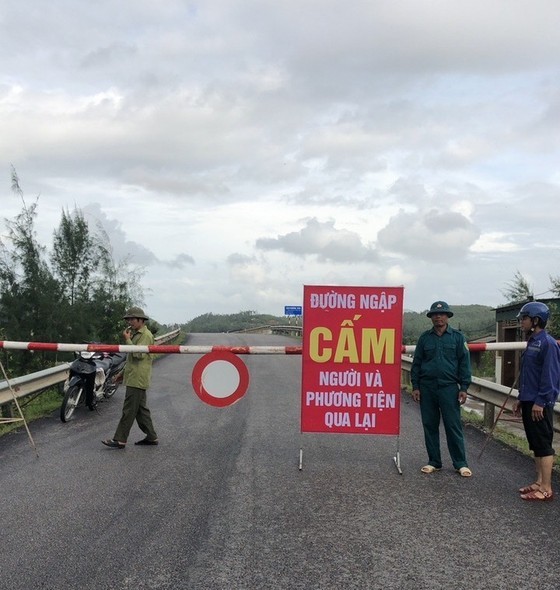