The airport target is to reach 4F level as assigned by the International Civil Aviation Organization (ICAO) with the capacity of 100 million passengers and six million tons of cargo per year.

The first items in the first phase of Long Thanh International Airport Project officially began construction on January 5. It is expected to create a hitch to promote socio-economic development not only in Dong Nai Province but also in the Southeastern region and the whole country after coming into operation.

Since the National Assembly approved the investment policy for the project, there have been more changes in people's lives so far in the context of urbanization development in Binh Son Commune as well as in Long Thanh District.

Particularly, people whose land was acquired or affected by the project have received acceptable compensation to do their own business, to change jobs from agriculture sector to other careers.

If the agricultural land price around the airport project was only about VND1 billion (US$43,000) per hectare in advance the National Assembly’s approval, the price has increased by 10-15 percent following the approval. The compensation price from the State for people whose land was acquired to build the airport is about VND400 million (US$17,000) per hectare.

Mr. Vo Dinh Viet, a resident living in Long Thanh Town, has received VND21.4 billion (US$926,000) for 4.4 hectares of rubber trees affected by the project. After receiving the compensation, his family used the money to pay loans which they had got before for building a 3-star hotel and restaurant in the town’s center since 2016 and to continue to invest into land.

The project implementation also opens up opportunities to develop the finance and services industry for Dong Nai Province and attract large-scale banks to open their branches and transaction offices in the locality, thereby helping Dong Nai Province as well as the Southeastern region develop high-quality human resources.

Nearly US$1 billion has been disbursed in compensation for 5,000 hectares of land reclaimed for construction of the airport. So far, the project- affected people have been resettled, bought land and built houses. This has created more jobs in the fields of banking industry, land brokerage services and construction materials.

According to the leaders of the People's Committee of Dong Nai Province, since the Long Thanh International Airport Project has not been started works yet, many domestic and foreign investors want to seek investment opportunities in the promising area.

When the airport comes into operation with a smoothly connected traffic infrastructure system, it is expected to certainly stimulate investment attraction and technology development in the Southeastern region. Currently, local economists are expected the approach and transfer of the latest and most modern technologies as well as machinery and equipment from the world's leading technology corporations for construction of the project. 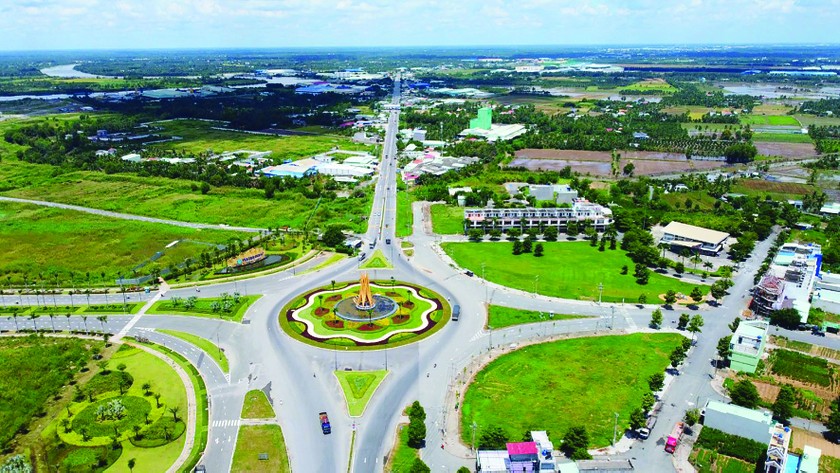 Once the airport comes into operation along with a smoothly connected traffic infrastructure system, it is expected to certainly stimulate investment attraction and technology development in the Southeastern region.

According to the plan, the local authorities and private sectors will focus on certain investments to determinedly build an airport city, which is expected to create a great opportunity to develop the high technology, create a driving force for the province to boost the development of high-tech parks and head to export.

Dong Nai Province will focus on the development plan of socio-economic and traffic infrastructure to fuel industry and services development in districts near the airport.

Besides, the province will also re-plan agricultural development in remote districts, determine areas appropriate for fruit trees or vegetables and domestic animal breeding to invest in road and electricity infrastructure.

On the other hand, Dong Nai Province has just approved an Israeli-style high-tech agricultural development program. Experts from this Middle Eastern country will accompany local farmers to build and widen hi-tech models.

As for Ho Chi Minh City, once the Long Thanh airport comes into operation, it will contribute to reducing the overloading at Tan Son Nhat International Airport as well as traffic jams around the airport.