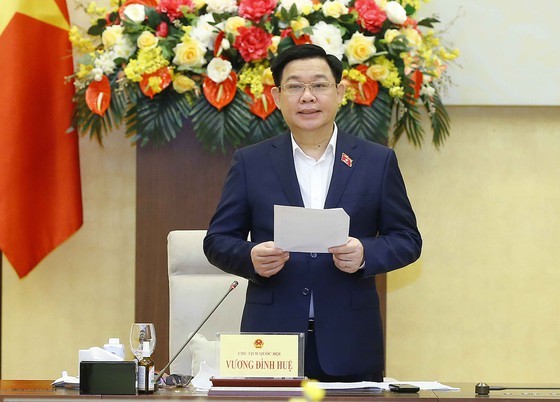 NA Chairman Vuong Dinh Hue delivers his opening remarks at the second session of the 15th legislature on October 20
Reporting on the implementation outcomes of the 2021 socio-economic development plan, Prime Minister Pham Minh Chinh said the Government has been exerting utmost efforts in the Covid-19 combat with the consistent goal of protecting people’s health and lives. It has also been quickly completing a general strategy for the pandemic prevention and control and a programme on socio-economic recovery and development so as to keep the macro-economy stable, guarantee major balances, and promote production and business activities.