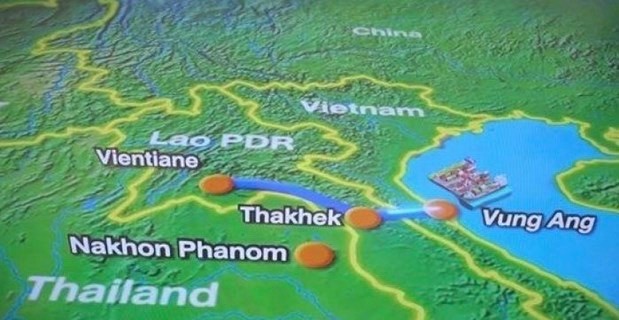 Laos promotes construction of the Laos - Vietnam railway’s section. (Photo: VNA)
Under a Memorandum of Understanding (MOU) just signed by the Lao government with the Lao Petroleum Trading Lao Public Company (PetroTrade), the LVRP, which is a high-speed electrified railway project, has a length of about 452km, with a total investment of US$5 billion.
In the first phase, the railway will connect Thakhek town with Vung Ang seaport of Vietnam with a length of about 139km. Meanwhile, the second phase will be a 312-km route connecting Thakhek to Vientiane.
The LVRP, which has been under consideration since 2015, will allow the connection of logistics supply routes between Laos and Vietnam.
This is part of the Laos Logistics Link (LLL) project, connecting Vung Ang seaport with the Laos-Vietnam Railway, Thanaleng Inland Port and Vientiane’s logistics area.
PetroTrade said it will hire independent domestic and international consulting firms in collaboration with relevant government agencies to carry out the work, which is expected to be completed and approved within 24 months.