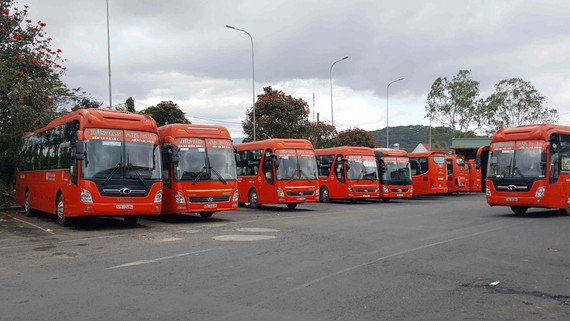 Lam Dong Province has temporarily suspended all kinds of vehicles carrying passengers from HCMC to the province from 0:00 am on May 30. (Photo: SGGP)
The provincial Department of Transport has been delegated to inform the decision on stopping receving arrivals from HCMC to travel businesses as well as coordinate with the functional units and local authorities to check and impose severe penalties for violations against rules on epidemic prevention and control.

The province’s government also decided to establish Covid-19 monitoring and control stations at Lam Dong’s gateways, starting at 7:00 pm on May 29.
The stations include one checkpoint on the Provincial Road 721 in Cat Tien District, the other two on the National Road 28 in Bao Lam and Di Linh districts, one station on the National Road 27C in Lac Duong District and the two others on National Road 27 in Don Duong and Dam Rong districts.
Five in six stations came into operation in the early morning of May 29.
In the other hand, the Center for Disease Control and Prevention of Lam Dong Province has urgently identified suspected Covid-19 cases linked to the 6,437th patient and announced places visited by the Covid-19 case.
Accordingly, the Covid-19 patient No.6,437 who is living in HCMC worked with the 6,301 patient, a member of a religious mission in HCMC's Go Vap District.
The 6,437th case traveled to Da Lat City with four friends from May 22-23. They visited tourist attractions, including Linh Phong Pagoda in Ward 10, Cam Ly Fall in Ward 5, a catus garden called Kombi Land Cofice on Ward 3, Tao Ngo restaurant at No.89 on Hai Ba Trung Street in Ward 6, Lam Vien Square, Thanh Buoi coach station, motorbike rental shop at No.48 on An Binh Street in Ward 3 and renting a duck boat to ride on Xuan Huong lake. 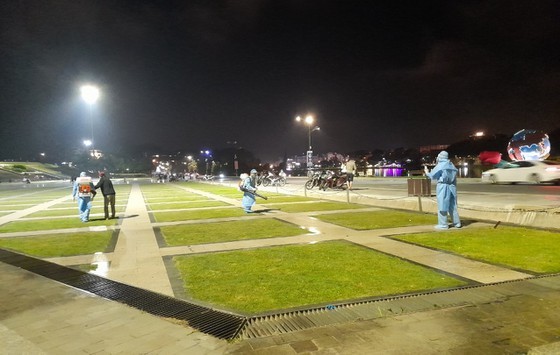