At the ceremony, the commanders and political commissars of the fourth Naval Region 4 handed over Vietnam traditional and military flags to soldiers of the two warships; officially put into operation of the 015 Tran Hung Dao and 016 Quang Trung to ready for combat.

Speaking at the ceremony, the commander of Vietnam's fourth Naval Region, Rear Admiral Pham Van Hoanh said that the event had an important idea to mark development of naval army in general and the fourth naval region in particular. 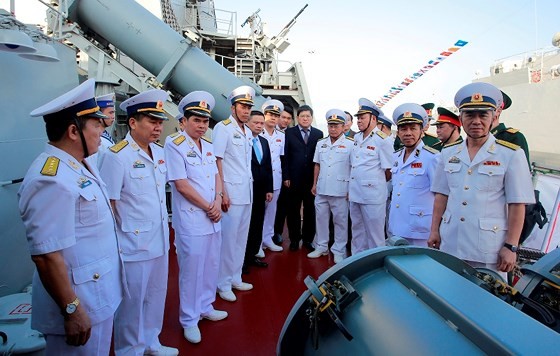