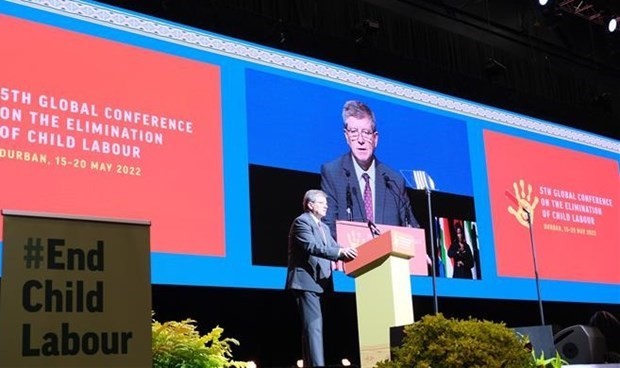 ILO Director-General Guy Ryder speaks at the conference. (Photo: VNA)
Director-General of the International Labour Organisation (ILO) Guy Ryder has lauded Vietnam’s pioneering role and efforts to eliminate child labour during an interview granted to the Vietnam News Agency (VNA)'s correspondent in South Africa on the sidelines of the 5th global conference on the elimination of child labour in Durban. Following is the full contents of the interview: