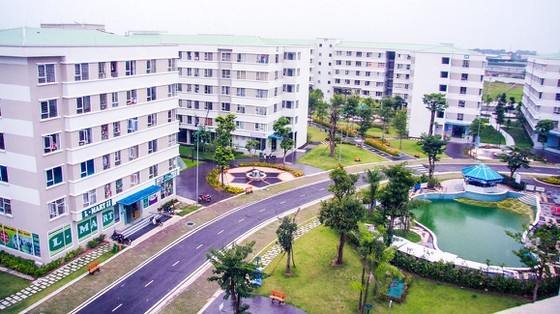 Prof. DANG HUNG VO, former Deputy Minister of Natural Resources and Environment, expressed his ideas on housing in a talk with Saigon Investment earlier this week.

JOURNALIST: - Sir, some people believe that the Government should depend on the State budget to resolve the serious problem of housing for workers. What do you think on this matter?

Prof. DANG HUNG VO: - Shortage of housing for workers is a problem in many countries, not just Vietnam alone. However, workers in some other countries have better access to housing than workers in Vietnam, because this sector is managed by salary policies. In some developed countries, the package of remunerations that companies pay their employees must include housing allowances which are usually a pretty big amount, while wages and salaries in Vietnam hardly include such an allowance.

Many people wonder whether it is essential to rely on the State budget for construction of houses for workers. I don't think we should depend on this alone, besides it is also impossible to do so. By now, only some developed countries in Northern Europe are financially strong enough to depend on State budget for construction of social housing for residents in general and for workers in particular. In contrast, Vietnam more often than not depends on a shoestring budget, making it impossible for the Government to subsidize housing projects all the time. Besides, subsidies are able to cover limited areas only, while a decent place to live in is a serious problem for millions of workers.

- Sir, last month the Ministry of Construction suggested that VND 30 trn credit package be added to the project on social housing, including homes for workers, as part of the medium-term public investment program. What do you think about the feasibility of this funding plan?

- As I said before, our meager budget makes it impossible to subsidize housing for workers forever. For instance, figures from the Ministry of Construction show that more than 1.7 million people in urban areas around the country had a housing problem last year, which means almost one million apartments are needed to meet the demand of these people. This indicates that there is a colossal demand for worker housing.

This problem can only be satisfactorily covered in the long run by introducing an appropriate market policy, rather than a budget-dependent subsidy plan. A market policy here means that the State should intervene in the process in order to keep the land prices low, such as exempting construction companies from land use tax, giving priority to use inexpensive land plots, and making administrative formalities simpler and quicker than now.

One of the shortcomings for years has been the policy on the development of social housing, as housing for workers in Vietnam has been relying heavily on government subsidies, and expecting finance from the Vietnam Bank for Social Policies, which is actually a State run bank.

Furthermore, our financing sources come from few channels. While the State is not financially strong enough to deal successfully with the problem, social housing projects or low price commercial programs have not been able to attract all the possible sources. We must learn from experiences of other countries to promote the development of this segment. Consequently, several projects are short of support from the preferential credit package. Investors cannot take high interest rate loans to get their projects completed when they are certain of not making any profit.

- Sir, how do you think we can diversify financial sources for development of housing for workers?

- I strongly believe that housing for workers basically belongs to the group of social houses and low price commercial houses, so it is not necessary to separate them here, because low-income workers can afford to buy them if they are sold at fair price. It is possible to find preferential credit packages from different sources like ODA loans from the World Bank or the Asian Development Bank. It is important to adopt a policy that could make it possible for significant contributions from different parties, including the State, local authorities, companies and even workers.

The State is supposed to provide adequate support by making policies as favorable as possible, with regards to land funds and taxes, and companies need to pay more attention to social security for workers so as to nurture the workforce for long-term growth. Local authorities should quickly remove unnecessary hurdles of land use procedures, and workers should be required to contribute part of their wages to the housing fund. Low-income workers will be able to buy low price houses only when an effective housing development fund is formed, with substantial contributions from companies, banks, social organizations and individuals.

- Sir, isn't it true that very few local authorities have land funds for construction of houses for workers, even though the Government has introduced a policy on the issue?

- Local authorities have not been interested in establishing land funds for construction of houses for workers, for fear that they could not take any revenue from this sort of land fund. If they allowed building of houses for low-income workers, local authorities would have to reserve pieces of land for construction of affordable houses for workers and offer lower tax rates or exemptions to companies in an effort to encourage them to build such houses. If they did this, they would have to suffer certain loss of land revenue.

This can be said to have been the main reason why many cities and provinces have delayed launching projects for housing for low-income workers. However, it is vital that the Central Government provide a workable plan and clear grounds to convince cities and provinces, especially major economic ones, that construction of affordable houses for low-income workers would bring about considerable benefits in the long run, fostering long-term budget revenue, rather than short-sighted planning. It is obvious that workers and businesses will pay remarkable amounts of tax to the local authorities if workers are satisfied with their jobs without any concern about housing.