Rice field in Vinh Phuc is submerged in rainwater
According to the authority’s update to 5 pm, a huge landslide swept away 37 homes on the day in northern provinces including Tuyen Quang, Ha Giang, Thai Nguyen, Hoa Binh, and Phu Tho due to landslides triggered by heavy rain.
After a day of heavy rain, 956ha of rice, and crops, 11ha of aquatic products were damaged due to flooding, and 20 cattle and 775 poultry died. In addition, nearly 3,000 cubic meters of soil and rock collapsed on roads.
The suburban area in Hanoi’s west was heavily flooded due to continuous rains, and cloudy sky around high-rise buildings. 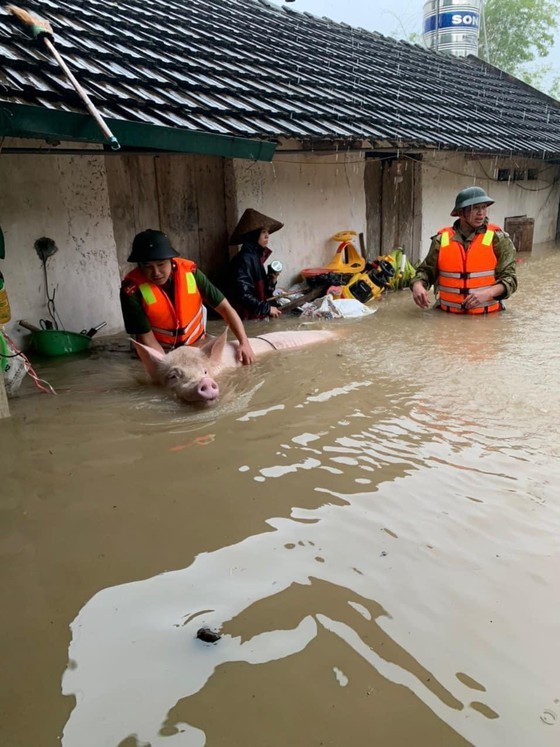 A man with a fish bag
The flooded area is concentrated on both sides of the road to gather Thang Long Boulevard, especially the tunnels under Thang Long Boulevard in Hoai Duc and Nam Tu Liem districts.
Some other areas such as To Huu and Nguyen Trac streets, the National Highway 6 through Yen Nghia Ward in Ha Dong District, and Dai Mo Ward in Nam Tu Liem District, many communes in Dan Phuong District were severely submerged in the rainwater.
Particularly, people in Nam An Khanh urban area in Hoai Duc District had to take a detour to get home because of deep flooding. Many vehicles stalled, and traffic in the area moved slowly. Traffic police must organize traffic flow and rescue people with broken-down vehicles.
The fields on the outskirts of Hanoi are now flooded with water. Because the canals and creeks were overflowing with rainwater, the speed of water drainage on some roads was still slow by the late afternoon of May 23.
According to the National Center for Hydro-meteorological Forecasting, there were heavy rain in the North and North Central regions by the afternoon of May 23; for instance, rainwater was measured at 306mm and 275mm in Minh Quang District and Tam Duong District of the Northern Province of Vinh Phuc respectively while it was 302mm and 284mm in Quan Chu District in the Northern Province of Thai Nguyen and Yen Lang District in Thai Nguyen Province respectively. Weather forecasters said that the weather in the North was still very bad on the following day and the capital city of Hanoi will have heavy rain.
This is rain caused by a low-pressure band crossing from the south of Myanmar to the North East Sea. Rain is forecast to continue until May 27.

Cars are submerged in rainwater 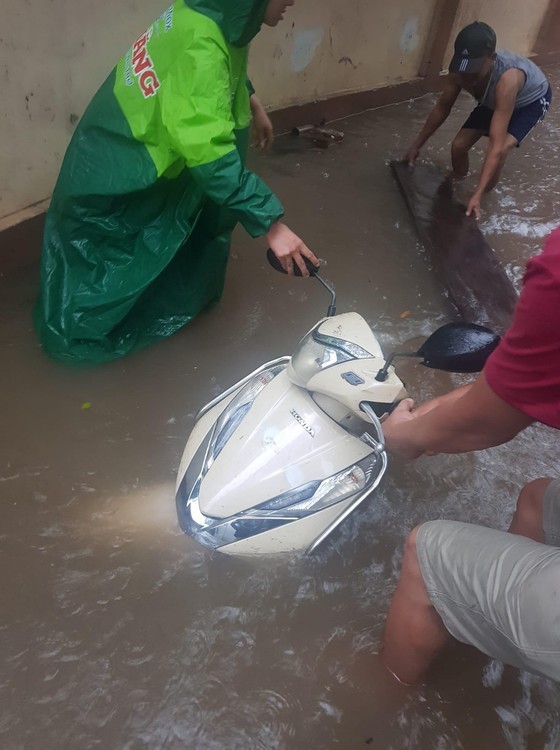 Motorbikes are also submerged in rainwater