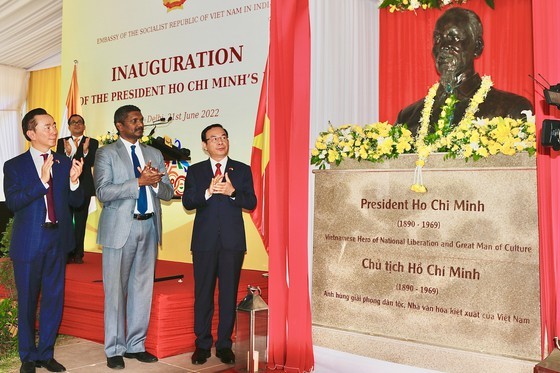 Within the framework of a working visit to India, a high-ranking delegation of Ho Chi Minh City led by Nguyen Van Nen, Secretary of the Ho Chi Minh City Party Committee, attended the inauguration ceremony of the statue of President Ho Chi Minh at Kautilya Park.

At the ceremony, Secretary of the Ho Chi Minh City Party Committee Nguyen Van Nen expressed his emotion when he attended the inauguration ceremony of the Uncle Ho statue in India’s New Delhi.
Mr. Nen emphasized that the statue of the great President Ho Chi Minh located in the center of New Delhi and in the near future, the statue of Mahatma Gandhi in the center of the southern metropolis are not only honoring the great heroes of the two countries but also a cultural symbol of the two nations Vietnam and India.

"This is also evidence of the friendship formed from long-standing historical and cultural ties and painstakingly cultivated by generations of leaders of the two countries," said Nguyen Van Nen. 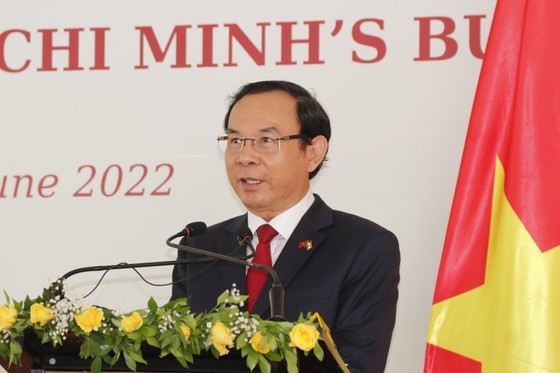 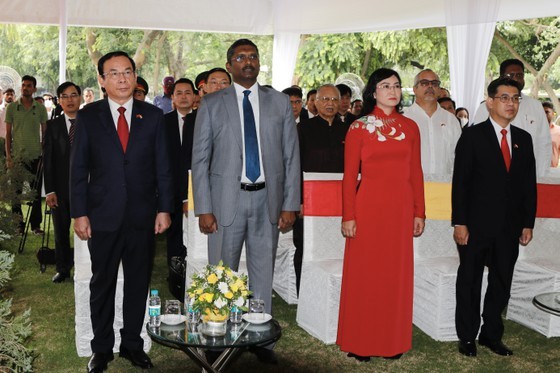 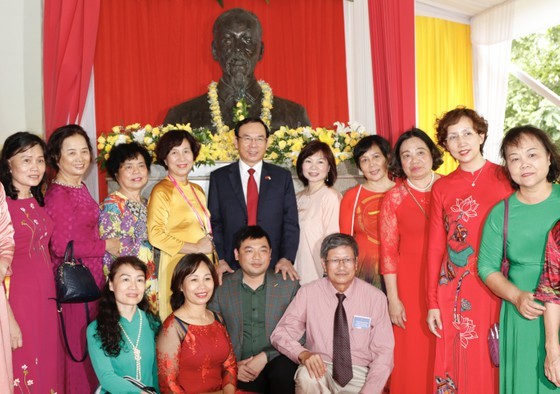 Mr. Nguyen Van Nen and Vietnamese expatriates in India take pictures next to Uncle Ho's statue (Photo: SGGP)
Ambassador Extraordinary and Plenipotentiary of Vietnam to India Pham Sanh Chau emphasized that the Uncle Ho statue in New Delhi is an eternal work and a testament to the deep relationship between the two countries. It has a long history of more than 2000 years and has been cultivated through generations of leaders.

The bronze statue of President Ho Chi Minh designed by Indian artist Ram Sutar is placed in a park of more than 4,700 square meters at Kautilya Park. This is a place with a beautiful location, like the heart of New Delhi. 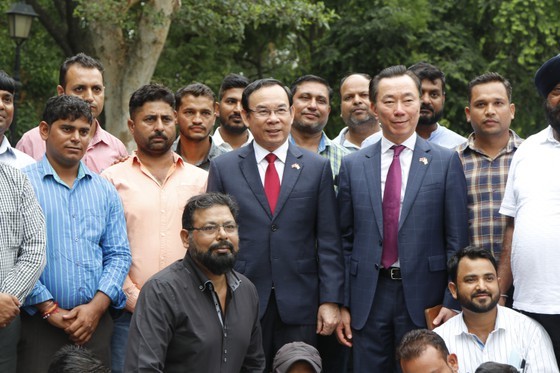 Mr. Nguyen Van Nen ( C) , Ambassador Extraordinary and Plenipotentiary of Vietnam to India Pham Sanh Chau and Indians pose for a photo next to the Uncle Ho statue (PHoto: SGGP)