The City Party Chief congratulated the staff of the Sai Gon Giai Phong Newspaper and highly appreciated the newspaper’s creativity and outstanding contribution to the introduction of guidelines and policies of the Party and the municipal government.

He also underlined the significance of proactively providing information and orientation for the public by the press agency.

On behalf of the Editorial Board, Editor-in-Chief of SGGP Newspaper Nguyen Tan Phong affirmed that the newspaper always follow the city’s activities and guidelines, such as propagandizing the implementation of seven breakthrough programs in the resolution of the 10th congress of the city Party Committee, and the Central Resolution No.7 (12th tenure), promoting the National Assembly Resolution No. 54.
On the same day, the delegation also visited the representative office of the Vietnam News Agency (VNA) in southern Ho Chi Minh City and HCMC Television (HTV).
Secretary Nguyen Thien Nhan affirmed that the city’s leaders are willing to coordinate with press agencies, including VNA to implement tasks.
He hoped HTV will be further developed and play as an information channel of the Party, the People and the municipal authorities.
On june 19, chairman of the People;s Committee of the city Nguyen Thanh Phong also visited  the People's Army Newspaper, Vietnam People's Army Radio – Television Center, and HCMC Police newspaper.
Meanwhile, Vice chairman of the municipal People’s Committee Tran Vinh Tuyen paid a visit to the representative office of the Vietnamnet newspaper in HCMC, Saigon Investment and Construction newspaper and Saigon Businessmen newspaper. 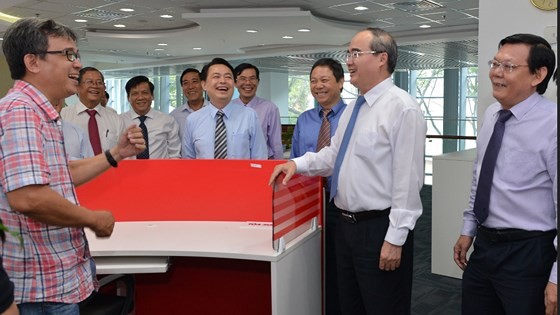 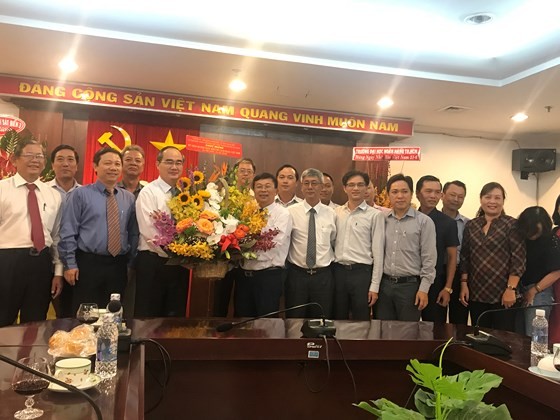