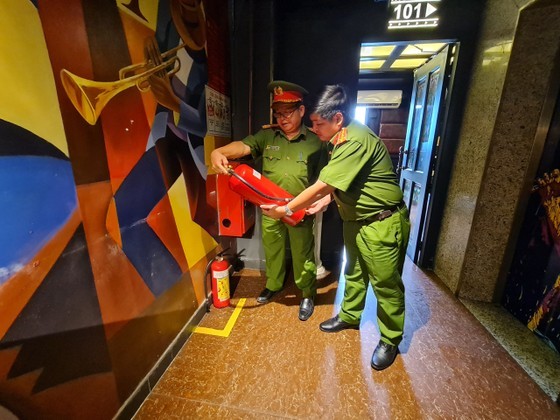 The HCMC's Fire Prevention and Fighting Police Department has coordinated with districts and Thu Duc City to conduct an overall inspection of 460 bars, karaoke parlors, and dance clubs throughout the city from August 17- September 17.
On the same day, Binh Duong Province announced that it suspended the operation of 37 karaoke parlors, including 22 facilities in the largest cities of the province, including Thuan An and Di An. The province has carried out an overall inspection of all karaoke shops and imposed administrative fines on 119 shops, worth VND1.7 billion, and asked shops to improve fire safety and ensure essential fire prevention equipment.