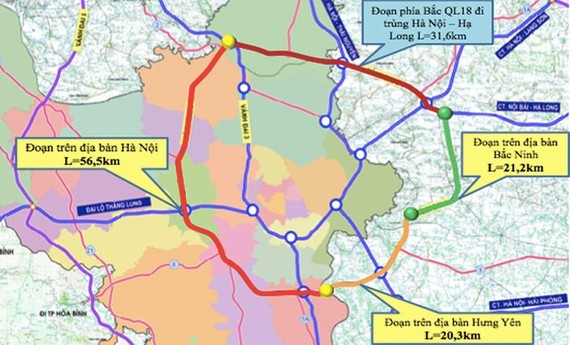 The investment project to build Ring Road No.4 in the Capital Region is an important national project, contributing to expanding the development space for the Capital, stretching the population density in the inner city, step by step restructuring the regional economy on both sides of the route; enhancing connectivity, creating motivation and inter-regional spillover effects, promoting socio-economic development of the cities and provinces in the Capital region, the Red River Delta, and key economic region in the North.

The Ring Road No.4 in the Capital Region project has a length of about 112.8 kilometers, passing through the territory of three provinces and cities, including Hanoi with about 58.2km, Hung Yen Province with 19.3km, and Bac Ninh Province with 25.6km, and the connecting route is about 9.7km.