The capital’s authorities also plan to remove the blockade of the last four sites at the end of this month.

At the municipal Steering Committee on Covid-19 Prevention and Control’s meeting on February 22, Deputy Director of the Department of Health of Hanoi, Hoang Duc Hanh said that the capital has taken samples from more than 51,000 people who returned from Hai Duong Province, including 2,436 arrivals coming back from Cam Giang District for Covid-19 testing. As of present, 41,000 people received negative tests.
The department has proposed the municipal People’s Committee to submit a suggestion on purchasing 15 million vaccine doses to the Ministry of Health, he added.
Vice chairman of the Peoples Committee of Hanoi, Chu Xuan Dung noted that several noisy beer stalls are still full with customers occupying the sidewalk of streets despite of social distancing order.
He asked districts across the city to strictly monitor and control locations that are under blockade and expand Covid-19 testing in industrial zones, hospitals, health clinics and quarantine facilities.
In addition, the Department of Health must implement a new system of medical declaration via QR code launched by the Ministry of Health, he added. 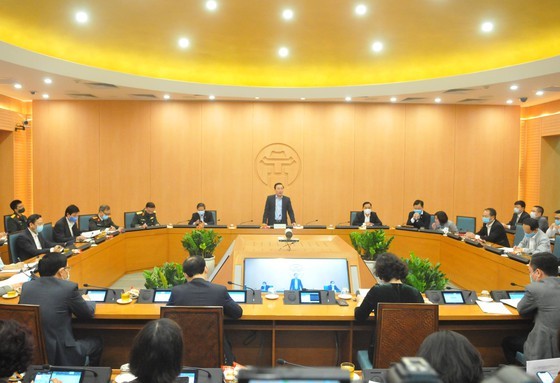