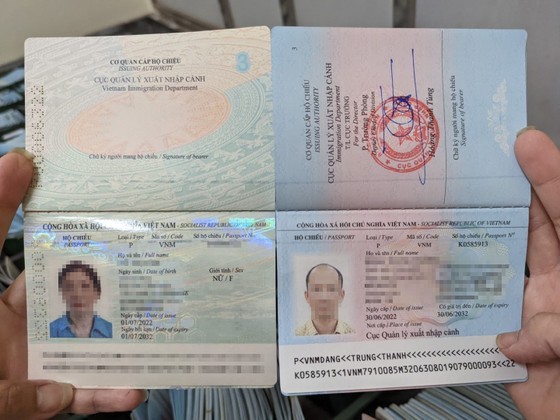 The old passport (L) and the new passport

The German side highly appreciated Vietnam's timely solution to this issue.
Prior, the Ministry of Foreign Affairs and the Ministry of Public Security’s Immigration Department recently met with the embassies of Germany, the Czech Republic, and Spain to inform them that Vietnam will add information about birthplace in the passport’s visual inspection section.
In related news, the Embassy of the Czech Republic in Hanoi today announced on its homepage that the Czech Republic will refuse to grant visas for Vietnamese people whose passports without information of birthplace. The new model passports of Vietnam issued from July 1, 2022, fail to meet the International Civil Aviation Organization (ICAO) technical standards. Therefore, the Czech Republic with other member states of the European Union (EU) and stopped recognizing the new passport model. The decision takes effect from this moment.
The Czech Republic became the third country to reject Vietnam’s new-style passports, following similar moves from Germany and Spain.
However, applicants for a Schengen visa with an old passport having green cover including place of birth and validity will still be accepted and processed as usual. Before this announcement, the Immigration Department of Vietnam has not had an official response.
A representative of the Immigration Department said that information related to the fact that some countries do not accept Vietnam's new model passports, the Department will coordinate with the Ministry of Foreign Affairs to deal with relevant issues with other countries through diplomatic channels and will have official information in the near future.