The three provinces with a sharp decrease in natural forest area are Dak Lak with 11,419ha, Dak Nong with 7,156ha, and Gia Lai with 494ha.

According to the Forest Protection Department in Zone 4, the local Vong Phu mountain in Dak Lak was where the latest illegal deforestation case came to light on October 1, 2020.

More than 15 metric tons of wood were seized at the scene and the violators were investigated, said a spokesperson of the Forest Protection Department. 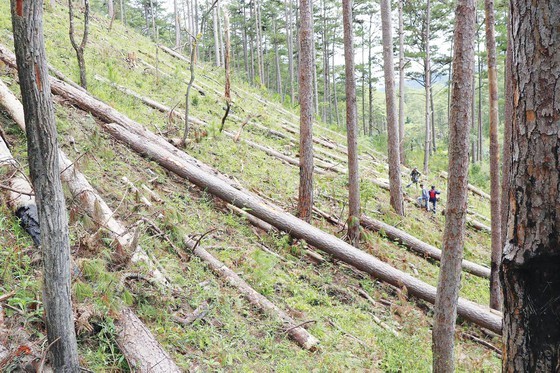 Several pine forests throughout Dak Nong province have been killed by chemicals poured into their roots, resulting in dead trees that look like they have been burned dry.

Many forest patches along the Central Highlands and the suburbs of Da Lat still look green and lush from the outside, but at the center of them are manmade fields and greenhouses for growing coffee, pepper, and vegetables.

Da Lat city law enforcement recently cleared out more than 3,600m² of forest land encroached upon by a local farmer since 2018. Although the perpetrator was administratively sanctioned and forced to restore the forest land in early 2020, he did not comply and even installed barbed wires around the area.

A forest area in Lac Duong district, Lam Dong province managed by the local Watershed Forest Protection Board also suffers severe encroachment by agricultural crops due to its fertile land and temperate climate.

The area was originally inhabited by old-growth pine trees which have constantly been damaged in recent years, said a member of the local working reforestation group.

According to the Forest Protection Division in Kbang district, Gia Lai province, there are 229 hectares of forest land encroached upon from 2011-2016 due to negligent management at the time.  These areas are to be seized by functional sectors and have trees replanted or converted to forestry land.

Gia Lai Province’s Inspectorate said that, three forestry companies, one nature reserve and 13 forest protection management boards in the province were inspected from 2016 to November 2019. It was found that more than 9,480ha of forest land was destroyed or encroached upon, in which more than 5,500ha are forested land and more than 3,900ha are land without trees.

In addition, they discovered that 8.49ha of forest land was encroached on and illegally used by local officials, some of whom were unlawfully granted land use right certificates by the People’s Committee of Pleiku City. 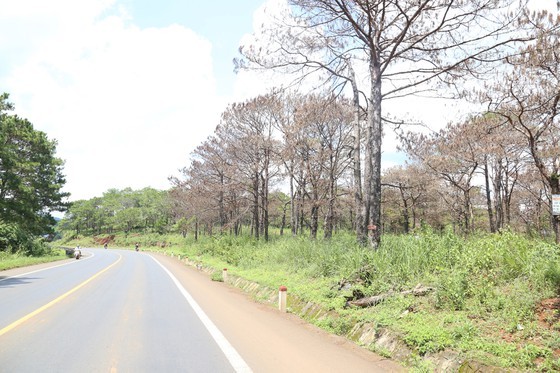 In Dak Nong province, local forest management since 2017 has been assigned more than 11,100ha of forestry land, but only about 3,000ha of which were forest. Most of the land without trees were exploited as farmland many years ago.

Currently, there are hundreds of free-migrant households living in the heart of Gia Nghia protection forest in Dak Nong, and functional sectors are having difficulties dealing with them due to administrative roadblocks.

Mr. Luu Van Trung, Deputy Secretary of Dak Nong Province’s Party Committee, said the more value a piece of land has, the more complicated it is to deal with land encroachment. In addition, the original deforestation culprit cannot be traced in some cases due to the land being transferred from one owner to another.