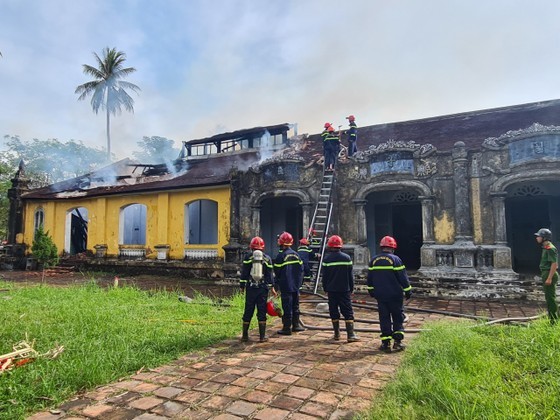 The firefighters try to extinguish the flame.
Thua Thien - Hue Province History Museum used the place to display artifacts featuring revolutionary movements during the resistance war against the French colonialists.
In a short time, an intense flame broke out in the entire house. The museum staff screamed for help and quickly brought the exhibits outside.

Fire trucks, dozens of firefighters and police forces were sent to the scene to control the fire and prevent it from spreading.

The fire was finally extinguished after an hour later. A portion of the roof of the house collapsed after the incident.

The fire's cause is under investigation.