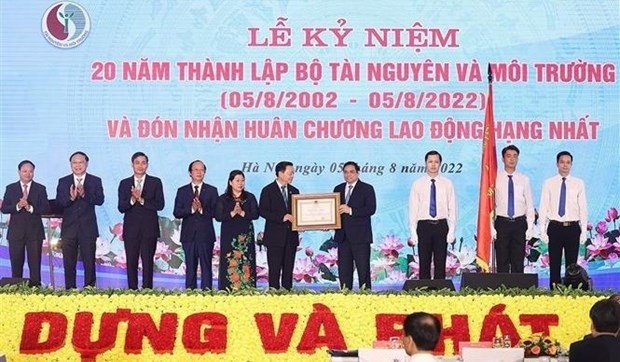 Prime Minister Pham Minh Chinh presents the Ministry of Environment and Natural Resources (MoNRE) with a first-class Labour Order. (Photo: VNA)
The PM made the statement while addressing a Hanoi ceremony to celebrate MoNRE’s 20th anniversary (August 5, 2002 – 2022) where he presented the ministry with a first-class Labour Order.
He urged the ministry to complete and put into use a centralised, multi-purpose, integrated and interconnected national database on land by 2025 at the latest.
The ministry must also enhance the efficiency of the management and use of natural resources while addressing issues related to land and mining management and effectively responding to decline and depletion of water resources to maintain water security, he added.
It must also develop a mechanism for sharing resources and resolving disputes in trans-boundary water management and use, particularly along Mekong and Red Rivers, the PM said.
He called on MoNRE to unleash potential of coastal areas and bring their advantages into full play, and to build a world-standard ocean and coastline governing system, referring to the fact that Vietnam is aiming to have a blue economy, with sustainable growth of the marine-based economy, improvement of the marine environment, and restoration and preservation of critical marine ecosystems, by 2030.
PM Chinh asked the ministry to translate the Law on Environmental Protection into reality, saying it must relocate polluting industrial facilities out of urban and residential zones and improve the environment around industrial clusters, craft villages and river basins. The PM added that MoNRE should bolster the development of the environment industry as well as promote re-use and recycling of waste to turn them into new products or resources. 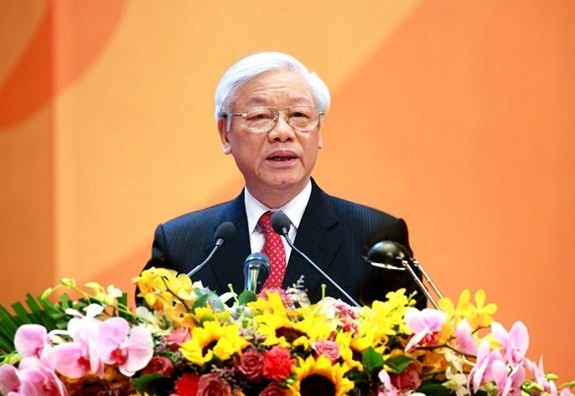