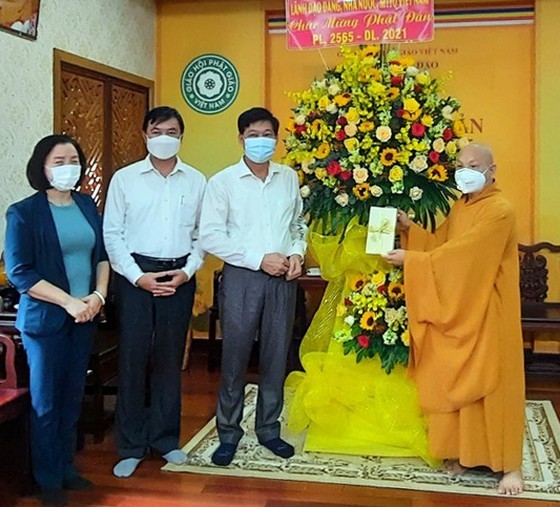 The Central Committee of the Vietnam Buddhist Sangha (VBS) will hand over VND200 million  (US$8,600) to the Vietnam Fatherland Front Central Committee in coming days to join hands with the nation in the fight against the COVID-19 pandemic
The sum was raised from Buddhist followers nationwide during a week-long Buddha bathing ceremony which was held online from May 19-26, said Most Venerable Thich Duc Thien, Vice President and General Secretary of the Vietnam Buddhist Sangha's Executive Council.

Each Buddha bathing ritual is equivalent to a VND10,000 contribution to the VBS Central Committee’s COVID-19 response fund, which is free for users with unlimited times.
The event drew the participation of tens of thousands of Buddhist followers at home and abroad.
On the occasion, the Vietnam Maritime Commercial Joint Stock Bank (MSB) and the TNG Holdings Vietnam also donated VND30 billion to anti-pandemic effort.
Specifically, VND10 million was given to the Vietnam Fatherland Front to serve anti-pandemic efforts and the remaining to the Health Ministry to buy vaccines.
Since 2020, the banking sector, including MSB, has granted over VND500 billion to social welfare and community support activities.