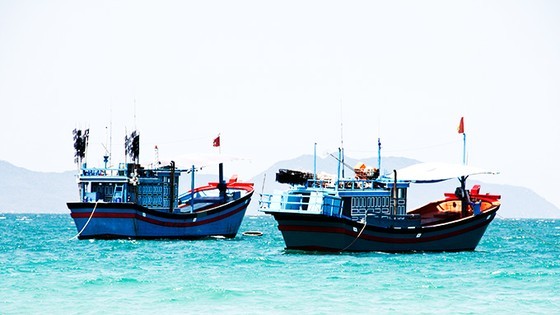 Making the order while chairing a meeting of the national steering committee on IUU fishing prevention and control on September 20, Mr. Thanh said it is also necessary to boost related communication efforts to raise fishermen’s awareness of the risks and harms of such violations.

He requested the immediate establishment of inter-sectoral delegations at central and local levels to inspect the situation for prompt detection of violations and the issuance of strict punishments.

The meeting welcomed the participation of 28 coastal provinces and cities, who heard the number of fishing vessels nationwide now amounts to 91,716. The rate of fishing vessels with a length from 15 meters already equipped with vessel monitoring systems (VMS) has so far reached 95.27 percent.
Since the fourth quarter of 2021, nearly 80,000 fishing boats have been inspected.

Stressing the importance of the removal of the European Commission’s ‘yellow card’ and avoidance of its ‘red card’ warnings, Deputy PM Nguyen Van Thanh stated Party and State leaders are paying close attention to the issue and have had many discussions with EU leaders to show Vietnam’s determination to fight IUU fishing and ask the EC to remove the yellow card.

Further amendments and supplements are underway to boost its effectiveness, Luan added.

To address the problem of IUU fishing, the EC has been evaluating exporting countries since 2012. Countries that fail to meet EC standards are issued a "yellow card" warning, followed by a "green card" if issues are resolved, or a "red card" if they are not. A red card can lead to a trade ban on fishery products.