The Da Nang-Quang Ngai Expressway construction project is a master plan on Vietnam highway development by 2020 with a vision towards 2030.
The construction of the 140 km expressway linking Quang Ngai province to Da Nang City was kicked off in 2013. The highway features six lanes, including two lanes for urgent works with the width of 256 meters. The road is designed for vehicles to run at a speed of 120 kph.
The project costs about US$1.472 billion, of which $673 million is a loan from Japan International Cooperation Agency (JICA), $631 million is from the World Bank, and the remaining amount is from the Vietnamese Government.
The expressway will shorten the travel time between Da Nang, Quang Nam and Quang Ngai, reduce traffic overload on National Highway 1 and promote defense, security and economic growth in the region.
The work is expected to be completed in the end of 2017. 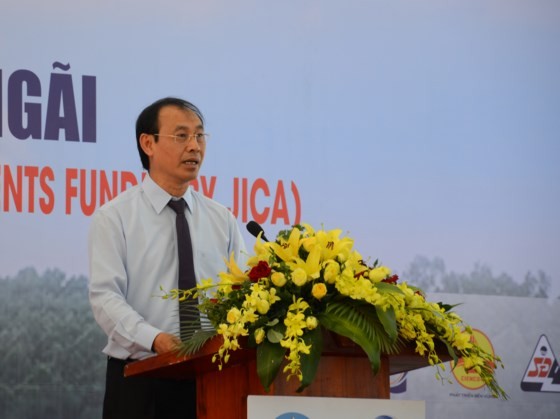 Deputy Minister of Transport Le Dinh Tho speaks at the opening ceremony. 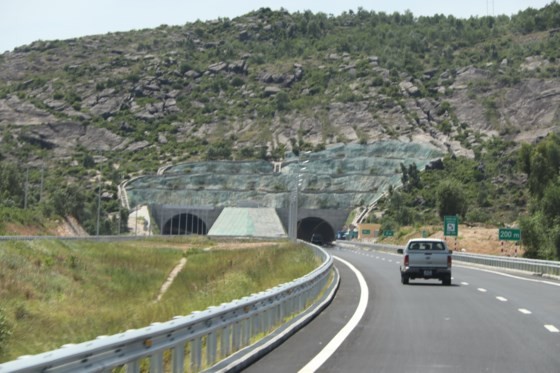 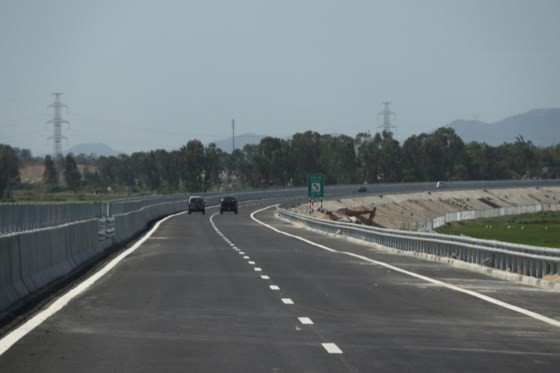