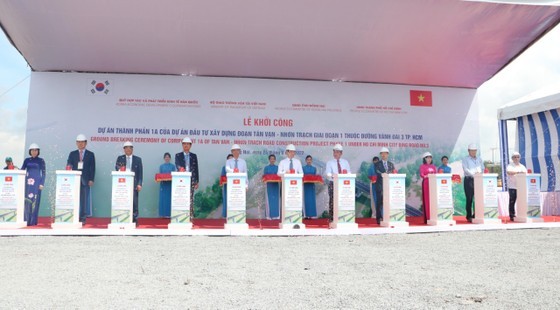 At the groundbreaking ceremony for the sub-project 1A of Nhon Trach Bridge construction project, the section from Tan Van – Nhon Trach of HCMC’s Ring Road 3
Attending the event was Deputy Minister of Transport Le Anh Tuan, Vice Chairman of the HCMC People’s Committee Vo Van Hoan, Vice Chairpersons of the People’s Committee of Dong Nai Province Vo Tan Duc and Nguyen Thi Hoang, together with representatives of the Embassy of the Republic of Korea in Vietnam.

The component project 1A of the Tan Van-Nhon Trach section has a length of eight kilometers, including a 6.3-kilometer section running through Dong Nai Province and 1.92 kilometers passing through HCMC. The road is 25 meters wide with six lanes and a design speed of 80 km/hour. It begins at the intersection with Provincial Road No. 25B in Nhon Trach District of Dong Nai Province and ends at the intersection with HCMC-Long Thanh-Dau Giay Expressway in Thu Duc City of HCMC.
The total investment in the project is estimated at more than VND6,900 billion (US$296 million), including VND4,175 billion financed by Korean ODA loans, and the remaining amount coming from Vietnam's counterpart capital. It is expected to be completed in September 2025. 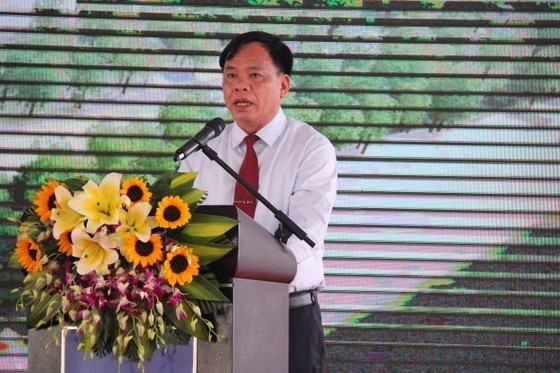 Vice Chairman of the People’s Committee of Dong Nai Province, Vo Tan Duc speaks at the event.
Vice Chairman of the People’s Committee of Dong Nai Province, Vo Tan Duc said that Nhon Trach new urban area will be developed into a 2nd-class urban area and a center of industry, trade, services, education and training, science and technology of the province and the Southeast Region. The sub-project 1A of Tan Van-Nhon Trach section will connect Nhon Trach District with HCMC and neighboring localities in the region, opening a chance for Nhon Trach to become a 2nd-class city and creating preconditions for the complication of the HCMC Belt Road No. 3 project.
Speaking at the event, Deputy Minister of Transport Le Anh Tuan emphasized the Southeast region is one of the most important economic, political, cultural and educational centers of Vietnam, contributing 34 percent to the national GDP. In addition, the region is also the largest center of industry, seaports and logistics in the country. However, its transport infrastructure is facing lack of regional connectivity and overload at major gateways. The sub-project 1A of Nhon Trach Bridge construction project is expected to contribute to completing HCMC’s Ring Road 3, strengthen connectivity between HCMC and neighboring provinces and link urban satellites with each other. 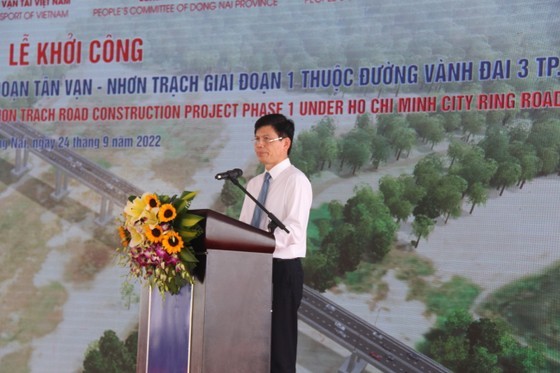 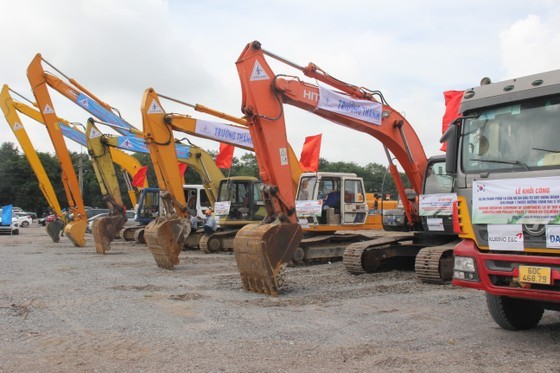 At the construction site