At the ceremony, member of the Party Central Committee, Secretary General of the National Assembly and Chairman of the NA Office Bui Van Cuong announced Resolution No.570/NQ-UBTVQH15, dated August 11, 2022 of the Standing Committee of the National Assembly on the establishment of Chon Thanh Town and its wards under Binh Phuoc Province, including wards of Hung Long, Thanh Tam, Minh Hung, Minh Long and Minh Thanh.

Speaking at the ceremony, Chairman of the National Assembly Vuong Dinh Hue said that the town establishment was an important landmark during the foundation and development of Chon Thanh and was a great honor and pride of the Party Committee, authorities and people of Binh Phuoc Province and Chon Thanh Town when the locality has officially become a new urban area of the province in particular and the country in general.

Chairman Vuong Dinh Hue required Chon Thanh Town to continue to make efforts to overcome difficulties and challenges, mobilize and effectively use the local sources to develop more and more, commensurate with the potential and advantages of the locality with its role as the center which is an important driving force to promote socio-economic development of Binh Phuoc Province and to become an economic - cultural - social center, an important regional and inter-regional transport hub.
Some photos at the ceremony: 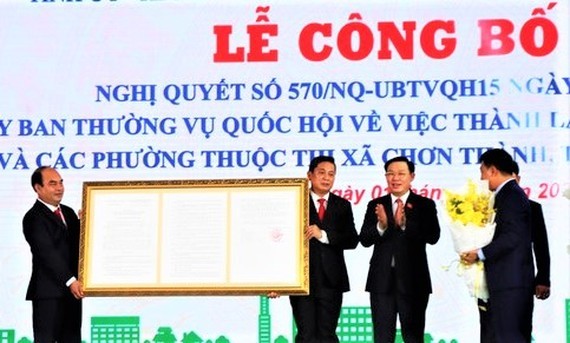 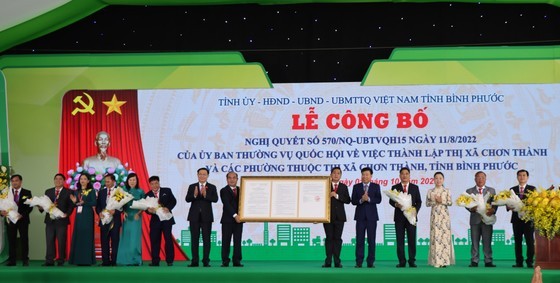 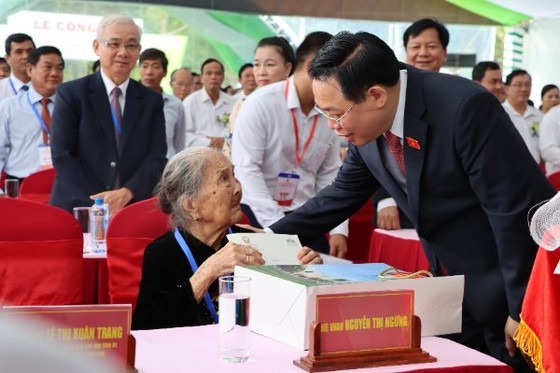 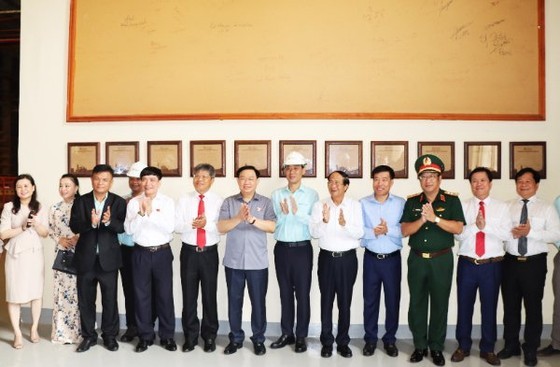