This is a key activity of the Vietnam – Laos Solidarity and Friendship Year 2022 and an important milestone of the friendship, solidarity and comprehensive cooperation between the two countries. Moreover, this is a plentiful opportunity for the two nations to review the heroic historical period of the Vietnam-Laos solidarity alliance.

Besides, this activity contributes to strengthening the propaganda about the importance of Vietnam - Laos relations to the people of the two countries, especially to the young generations.

On the Laotian side, there was the presence of Vice President of the Lao People's Democratic Republic Bounthong Chitmany and a high-ranking delegation of the Lao Party and State.
Speaking at the celebration, General Secretary Nguyen Phu Trong emphasized that the Vietnamese are forever engraved in memory of the advice of  President Ho Chi Minh,  President Kaysone Phomvihane and President Souphanouvong on the friendly relations between Vietnam and Laos.

Reviewing the memories of the precious friendship between the Party, State and people of the two countries, General Secretary Nguyen Phu Trong stated that under the leadership of the Communist Party of Vietnam and Lao People's Revolutionary Party, the people of the two countries supported together in the first days with plentiful difficulties to protect and build the socialism in each country; and helped each other in socio-economic recovery after the war to step-by-step establish and develop cooperation ties in fields of economy, culture, society, education and training, national defense, security, foreign affairs, and so on.

The General Secretary affirmed again that Vietnam and Laos are not only good neighbors but also two special brother countries having a great longstanding friendship.

With these advantages, Vietnam and Laos need to tighten special solidarity and boost comprehensive cooperation ties and traditional friendly relationships between the two countries.

Moreover, Vietnam desires the neighboring country would continue to foster political trust, promote security and defense cooperation and connectivity between the two economies, and improve the quality of education and training cooperation.

Vice President of Laos Bounthong Chitmany emphasized that Laos and Vietnam have entered a new era of peace, independence and development towards prosperity which would be a foundation for deepening the cooperative ties between the two countries.

The Laotian Party, State and people have always been steadfast and responsible for the development of the great traditional friendship, special solidarity and comprehensive cooperation ties between the two nations.
Some photos of the ceremony this morning: 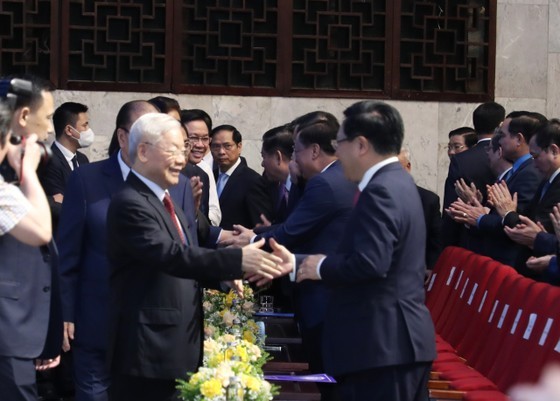 General Secretary of the Communist Party of Vietnam Central Committee Nguyen Phu Trong shakes hands with delegates at the ceremony. 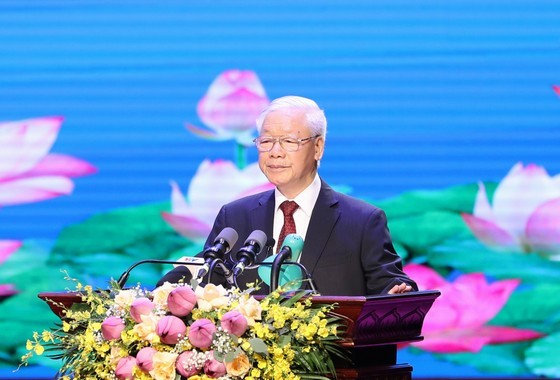 Party General Secretary Nguyen Phu Trong delivers a speech at the ceremony to celebrate the 60th founding anniversary of diplomatic relations between Vietnam and Laos (September 5, 1962 – 2022). 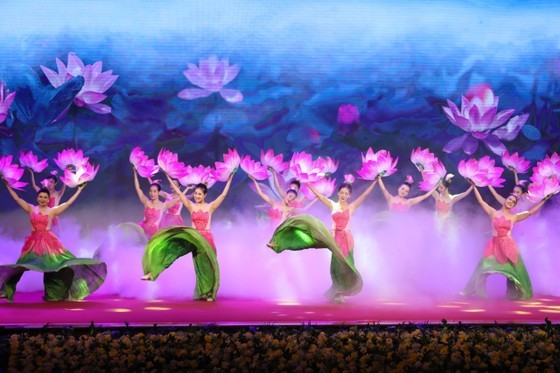 An art performance at the celebration 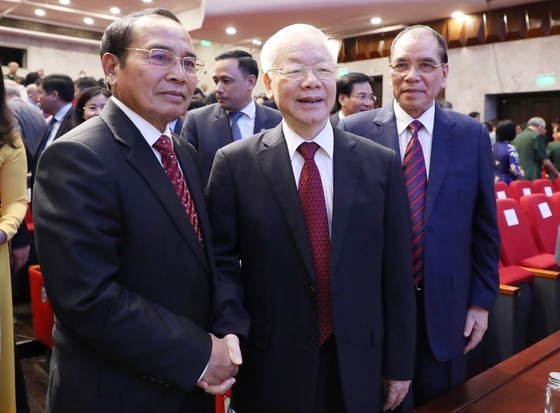 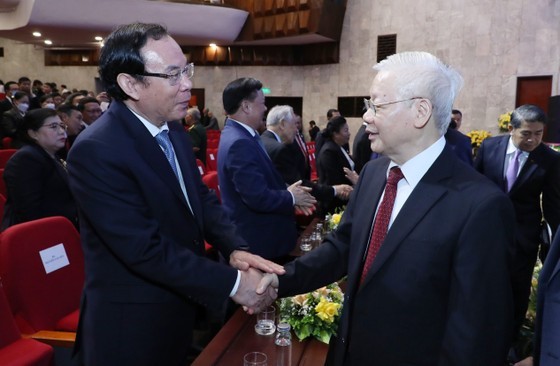 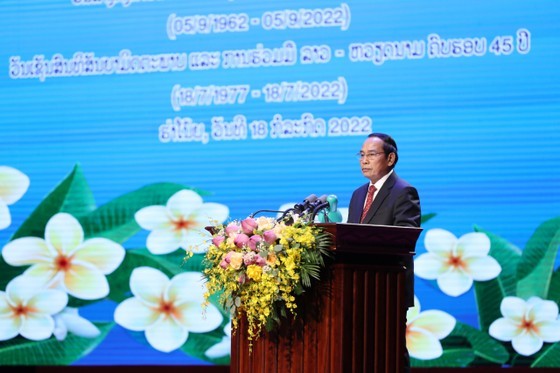 Vice President of Laos Bounthong Chitmany speaks at the ceremony. 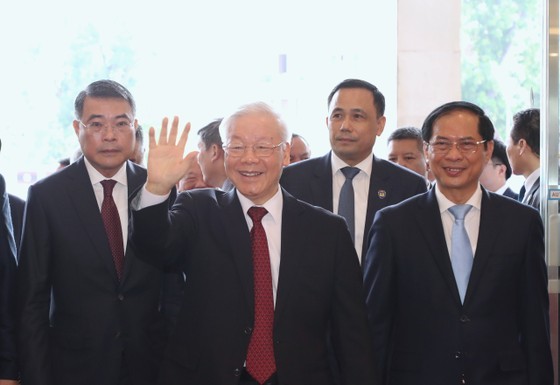 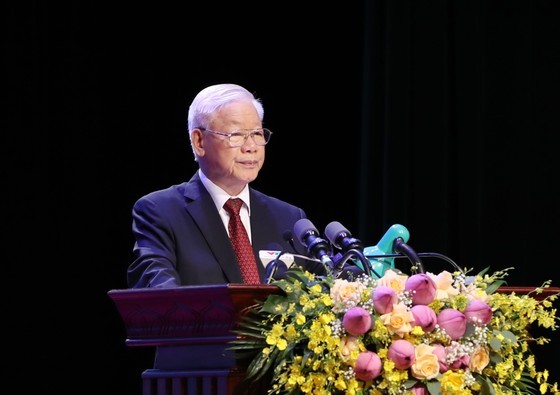 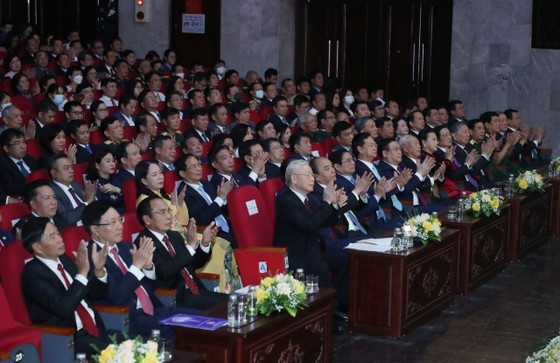 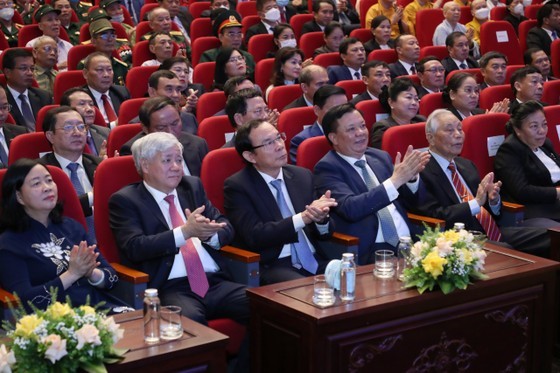 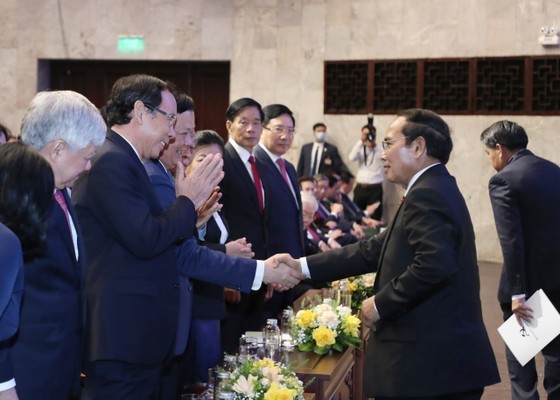 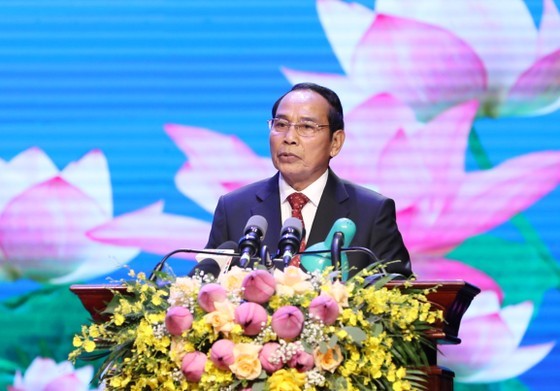 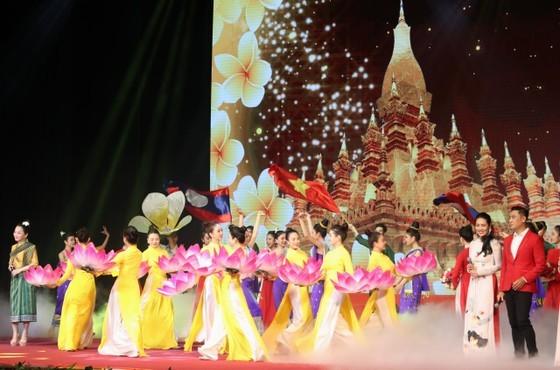 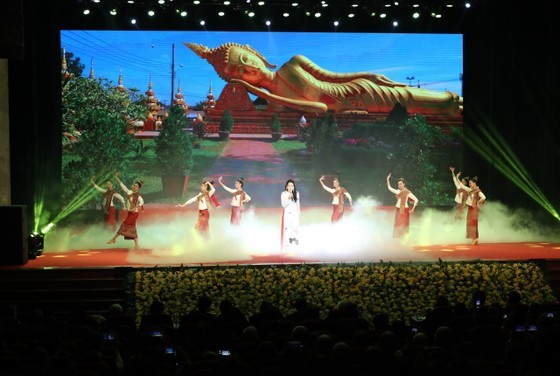