Amidst the warnings above, the fire-prone provinces of Quang Binh, Ha Tinh and Nghe An have urgently deployed many solutions to protect millions of hectares of forests from wildfire. 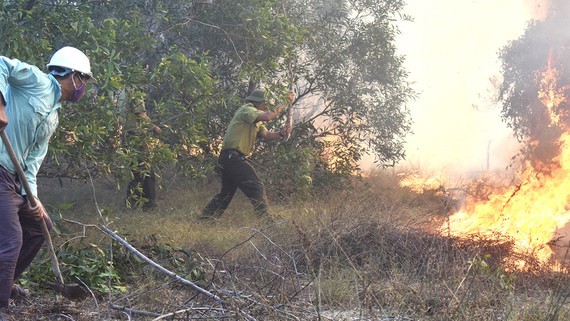 The Central region attempts on forest protection from wildfire risk

As for Pu Mat National Park, the park was recognized by the United Nations Educational, Scientific and Cultural Organization (UNESCO) as the world biosphere reserve. Therefore, forest fire prevention and fighting are very important missions.

Pu Mat National Park has coordinated with border guards to propagate awareness on the forest fire.

According to Ha Tinh Provincial Steering Committee for Forest Fire Prevention and Control, the province has invested tens of billions of dong from central and local budgets for the forest fire prevention and fighting.