The priority group for the first phase included elderly people, sick people who have a desire of coming home for treatment, pregnant women and children, other vulnerable people.
All the people will be taken sample for Covid-19 test at Tan Son Nhat Airport before boarding. 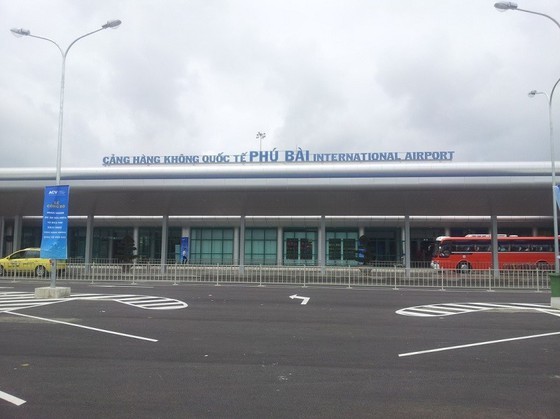 Thua Thien-Hue Province is about to bring 240 people home from HCMC by airplane.
Director of the Department of Information and Communications of Thua Thien -Hue Province Nguyen Xuan Son said that over 10,000 people had registered to come back to the Central province from HCMC so far.
Currently, the local authorities are planning for the second phase of bringing more people home by train or airplane which is expected to take place from July 27 to July 30.

At 5.p.m. on July 24, ten passenger buses departed from the Central province of Quang Ngai to HCMC to transport 200 people having demand of coming back to their homeland.

Ten passenger buses from Quang Ngai Province heading to HCMC to bring 200 people home. (Photo: Nguyen Trang)
Deputy Chairman of the People’s Committee of Quang Ngai Province Vo Phien said that the reception was to share the difficulties with the city.
Accordingly, 200 returners of the first phase included elderly people, children, pregnant women and people who were trapped in Ho Chi Minh City for diseases treatment, self-employed or jobless workers. The ten passenger buses are supported by Chin Nghia Company. 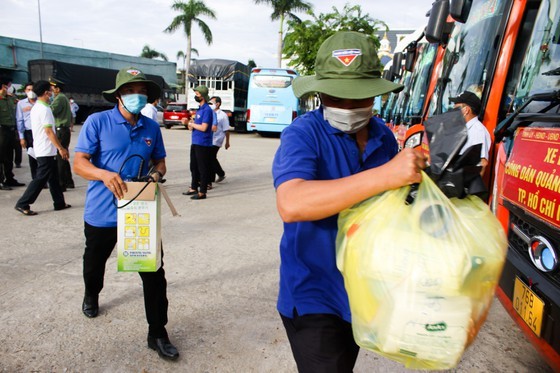 There are two drivers, one volunteer, one doctor and a policeman in each bus.
All those people will be isolated at the dormitory areas of Quang Ngai Investment Construction and Services Trading One Member Limited Company in Binh Son.
It is expected that the Central province will receive 200 more returners in the second phase.