Quang Tri Province has recently braced for five consecutive floods and storm Molave with economic loss estimated at more than VND2,000 billion (US$86.4 million). At the moment, there are 11 deep- flood places with significant damage of 285 houses and infrastructures for traffic, health and education. At least 50 people were killed and four were missing due to floodwater and storms. 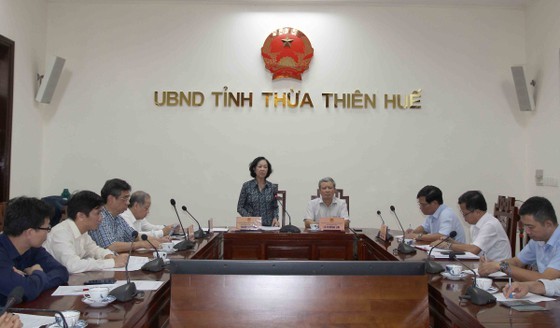 At the working session with leaders of Thua Thien - Hue Province, Ms. Truong Thi Mai highly appreciated  leadership of the Provincial Party, government and efforts of people in prevention and fights against recent floods and storms.
Besides that, she also shared with the current difficulties in soon overcoming flood and storm consequences as well as search for the soldiers who remain missing in Rao Trang 3 hydropower plant landslide.
On the same day, a delegation of Vietnam Red Cross Society visited and handed over VND2.1 billion (US$90,946) to flood hit  people in Thua Thien- Hue Province. 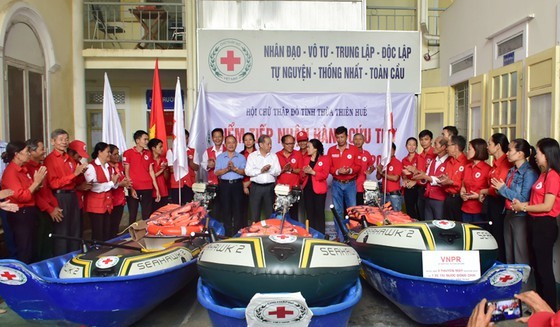