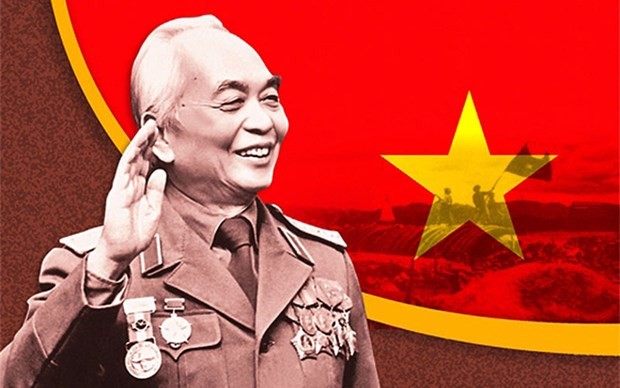 The ceremony will be broadcast live on Vietnam Television’s VTV1 channel, the national radio The Voice of Vietnam (VOV), the Viet Nam National Defence television channel, People’s Police Television and television stations nationwide.
|Ho An Phong, Vice Chairman of Quang Binh province's People's Committee, said the events aim to pay tribute to the great contribution of General Vo Nguyen Giap to the national liberation cause and honour his love for the Vietnamese people, the Party and his homeland of Quang Binh.
General Giap, whose real name is Vo Giap, was born in Loc Thuy commune in Le Thuy district on August 25, 1911. He passed away in Hanoi on October 4, 2013, at the age of 103.
The General’s military career began with his appointment to lead the first Vietnamese revolutionary army unit, with just 34 soldiers, in 1944. He then became Commander-in-Chief of the Vietnam People’s Army and led the army from victory to victory during Vietnam’s resistance wars. To the Vietnamese people, he was not only a wartime hero but also an icon who dedicated his life to the development of the country.