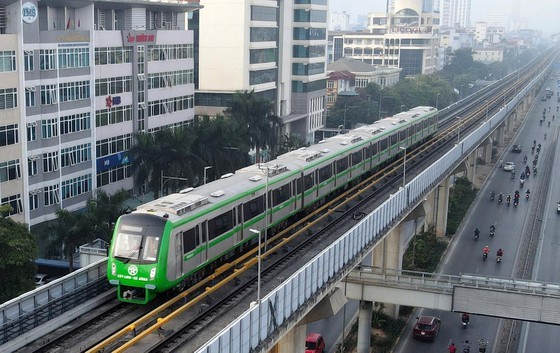 Specifically, the metro train abruptly stopped at 10 a.m. on May 23 while it was on the way heading to Cat Linh station, making passengers concerned. Right after dozens of seconds, the train re-operated to arrive Cat Linh station.
It was reported that the incident was caused by operation regulations. As the regulations, the metro train will operate in automatic driving mode. However, under the rainy condition along with the slipped-rail line, the metro train system will automatically stop at inappropriate terminal and be switched to manual mode. The time for switching takes dozens of seconds.

Earlier, at night of December 7, 2021, the Cat Linh - Ha Dong metro train had also stopped suddenly for 30 minutes. The representative of Hanoi Metro explained that it was a sudden drill that the Department of Transport of Hanoi imposed during the operation and exploitation.