Speaking at the event, Permanent Deputy Prime Minister Truong Hoa Binh highly appreciated the significant coordination between the two sides, contributing to the turning Ben Tre into the first province in the country to launch the campaign in response to the PM’s call for planting one billion trees in the next five years and the Government's Resolution 120/NQ-CP on climate resilient and sustainable development of the Mekong Delta region.

Through the program, 10 million trees will be planted in the 2021-2025 with the desire to build Ben Tre as a green, clean and beautiful industrial province.
On the occasion, the province received VND100 million (US$4,200) and VND23.8 billion (US$990 million) in cash donations from Deputy Prime Minister Truong Hoa Binh, and individuals and organiations respectively to support Ben Tre to implement the planting campaign. 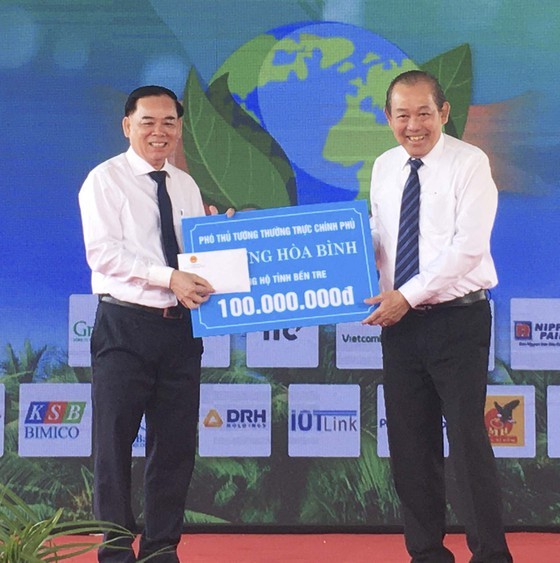 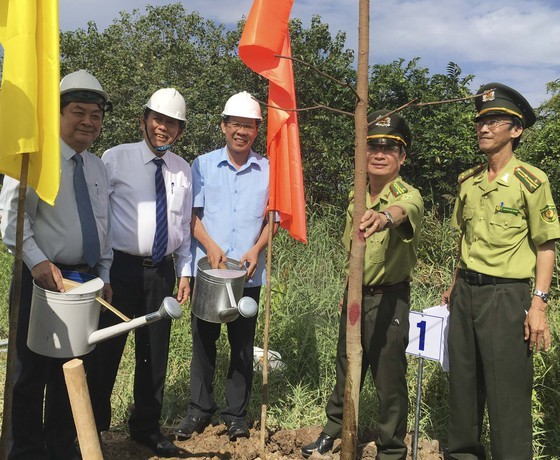